Brookline was the second neighborhood I walked when I started this project and today, I found myself back there. I didn’t think it was supposed to rain today but sure enough it started sprinkling almost as soon as I parked my car on Brookline Boulevard. Luckily I had my raincoat in the back of my car. Gotta love Springtime in Pittsburgh.

I started on Trelona Way and found a tiny door for the Moonlite Cafe.

I wasn’t paying attention to my map and missed a street. I assumed that Trelona continued for a few more blocks but it was actually a new street called Verbena. I’ll have to come back to Brookline and hit up the taco stand outside of Las Palmas. I’m not complaining. 🌮

Finally I took a look at my map because I was in a section of streets that didn’t fit into a classic grid pattern. I found a three-way discrepancy with a street called Edge Vale, Edgevale, or Plainview. The actual street sign listed it as Edgevale Avenue. Google called it Edge Vale, and Apple Maps thinks it’s a disconnected section of Plainview Avenue. I took a look at the Hopkins Maps and it actually used to be called Plainview. So Apple is at least historically correct.

An interesting thing that you can see on the Hopkins Maps is that there used to be a Pennsylvania Railway running right through the area where Brookline Boulevard is now.

In 1905 the Pittsburgh Railways Company laid the first single-track trolley line through Brookline. This one-way line came from downtown Pittsburgh across the Smithfield Street Bridge, then passed through the transit tunnel and on to Warrington Avenue. The line turned at West Liberty Avenue and continued to the Brookline Junction.
The streetcar passed on to the looping right-of-way and ran along the length of the present-day Brookline Boulevard loop to Pioneer Avenue. At that time the loop was for rail traffic only. Vehicular traffic turned left and followed the route of present-day Bodkin Street, then designated Brookline Boulevard, to Pioneer Avenue.

These stairs on Kenilworth Street are also visible on the Hopkins Map although in 1923 the street continued instead of stopping:

I walked for a short amount of time on W. Liberty Avenue but made my way back up to Pioneer pretty quickly. This area was actually bordering Dormont and this house with interesting yard ornaments may not have actually been in Pittsburgh. It was still worthy of a picture!

Walking in an alley I saw another raised sewer gate that look like a cage. Still wondering if it was to keep something out or in (Pennywise?) I looked in to see dog doo doo bags. It smelled pretty bad.

I came down Castlegate and saw a huge pile of dirt and rocks. They were next to a graffitied building that used to be The Bradley School.

I meandered a few more streets and saw some eccentric decorations…

At this point in my walk I was getting hangry and it started raining even harder. I walked back up to Brookline Boulevard and went in a cute coffee shop called 802 Bean Company.

They offered your standard coffee shop selections but also had a large variety of baked goods. I got a sandwich and sat by the window watching the rain and passersby. Some kids (13 years old?) were walking around with Antwon Rose signs. They didn’t come inside but looked at some of the adverts in the window. I ate my sandwich and a woman sitting nearby asked for help with her flip phone. It was frozen and I showed her how she could hold down the power button to reset it. It worked and she thanked me. Once a librarian, always a librarian. 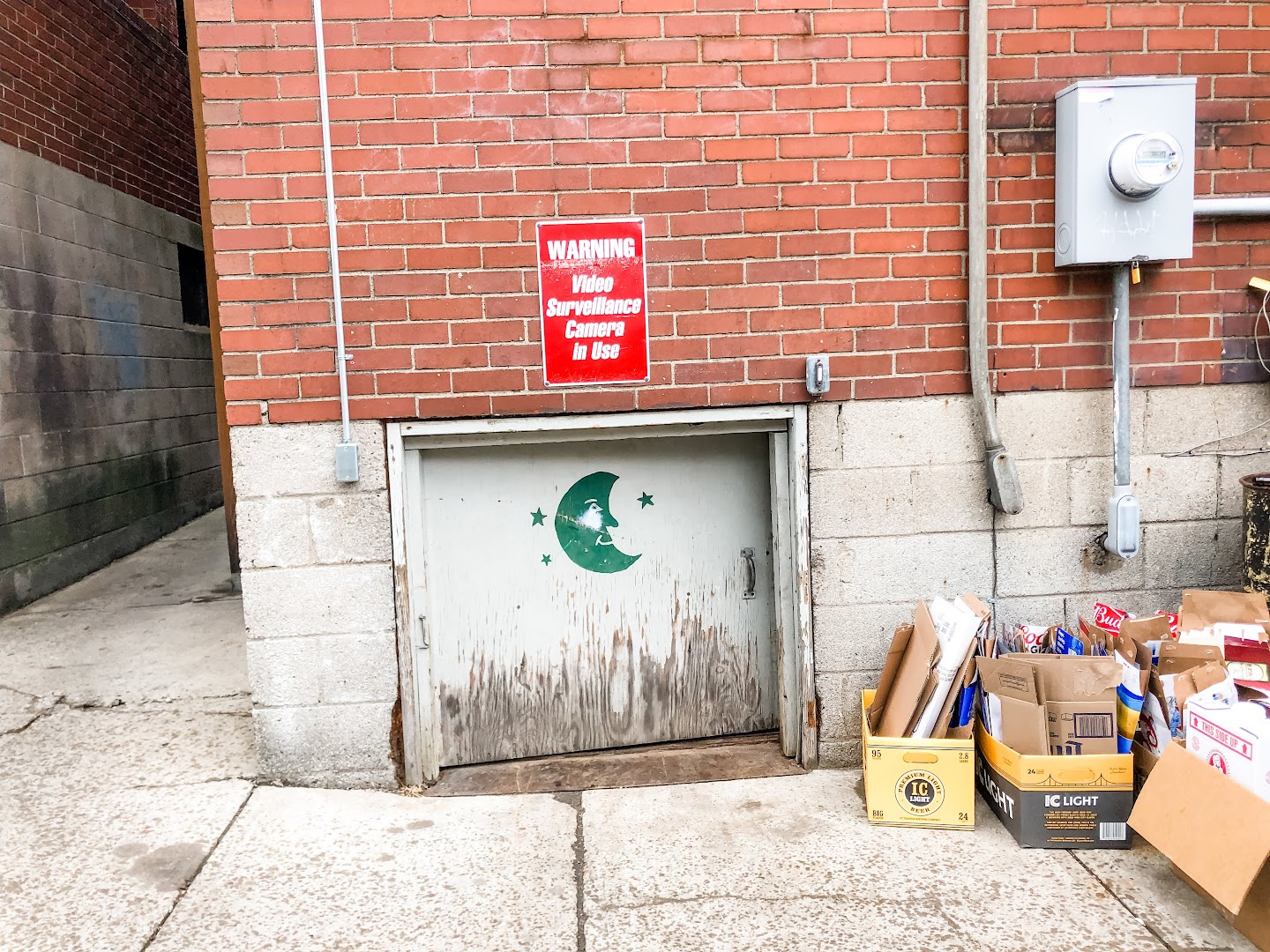 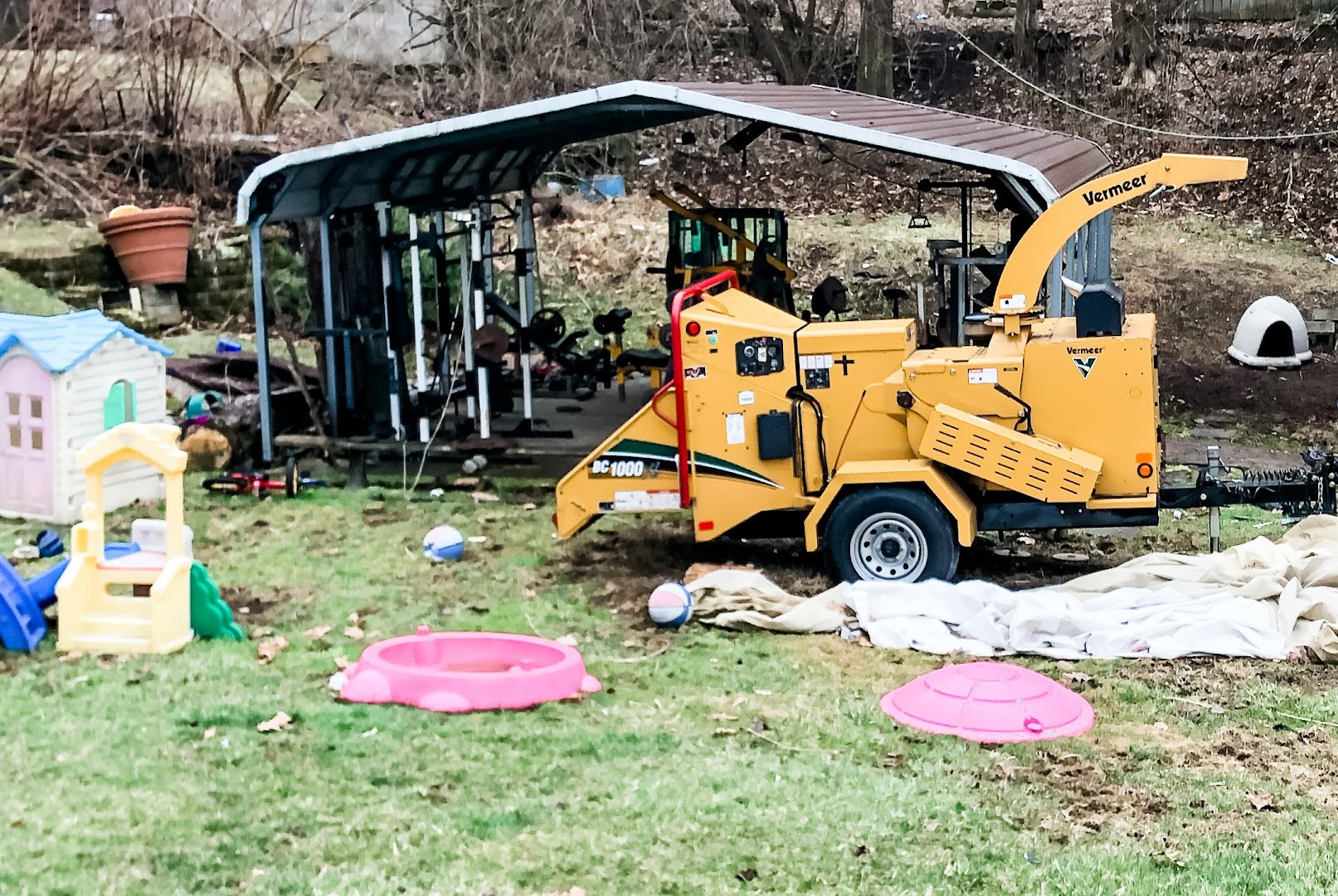 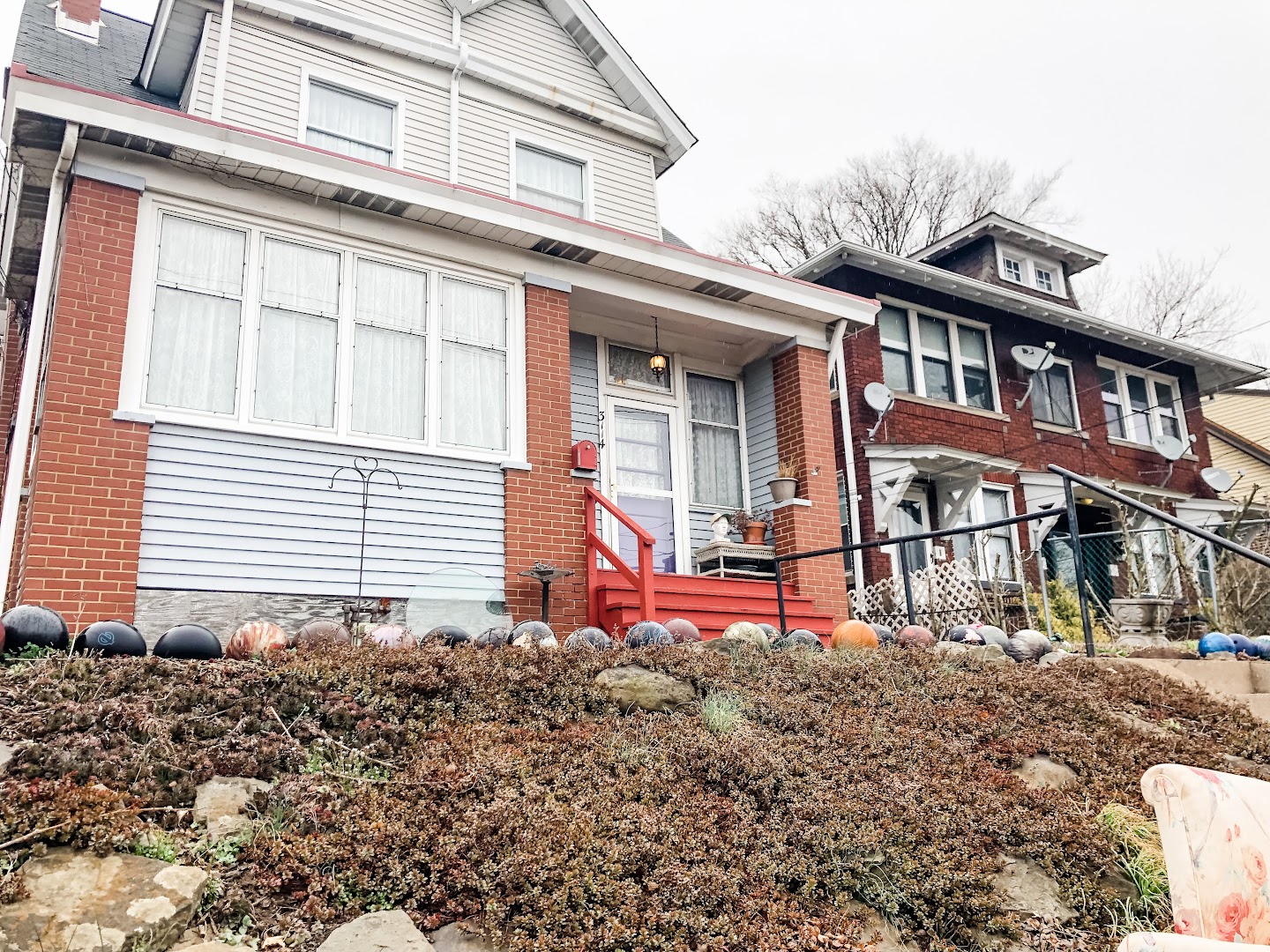 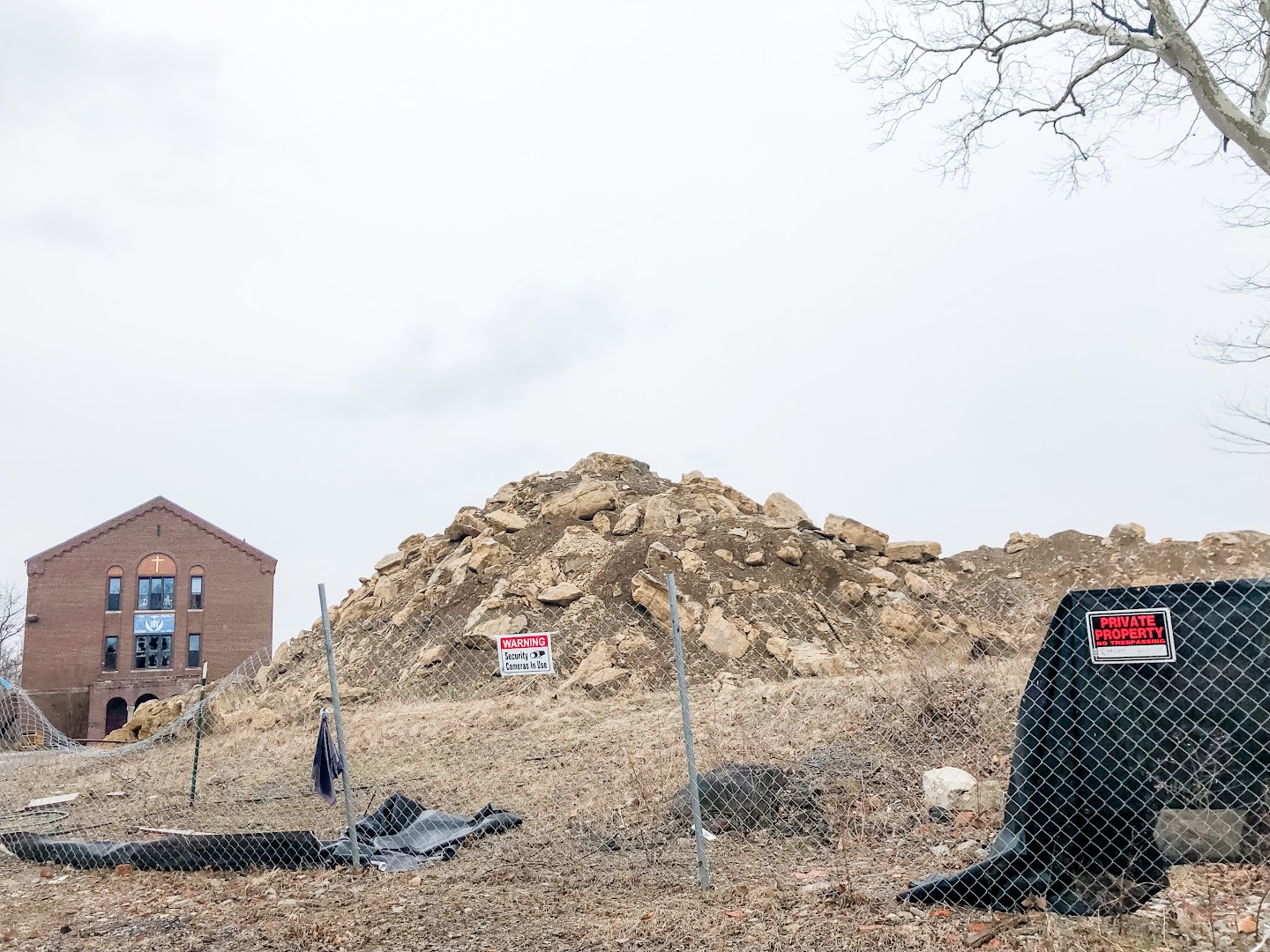 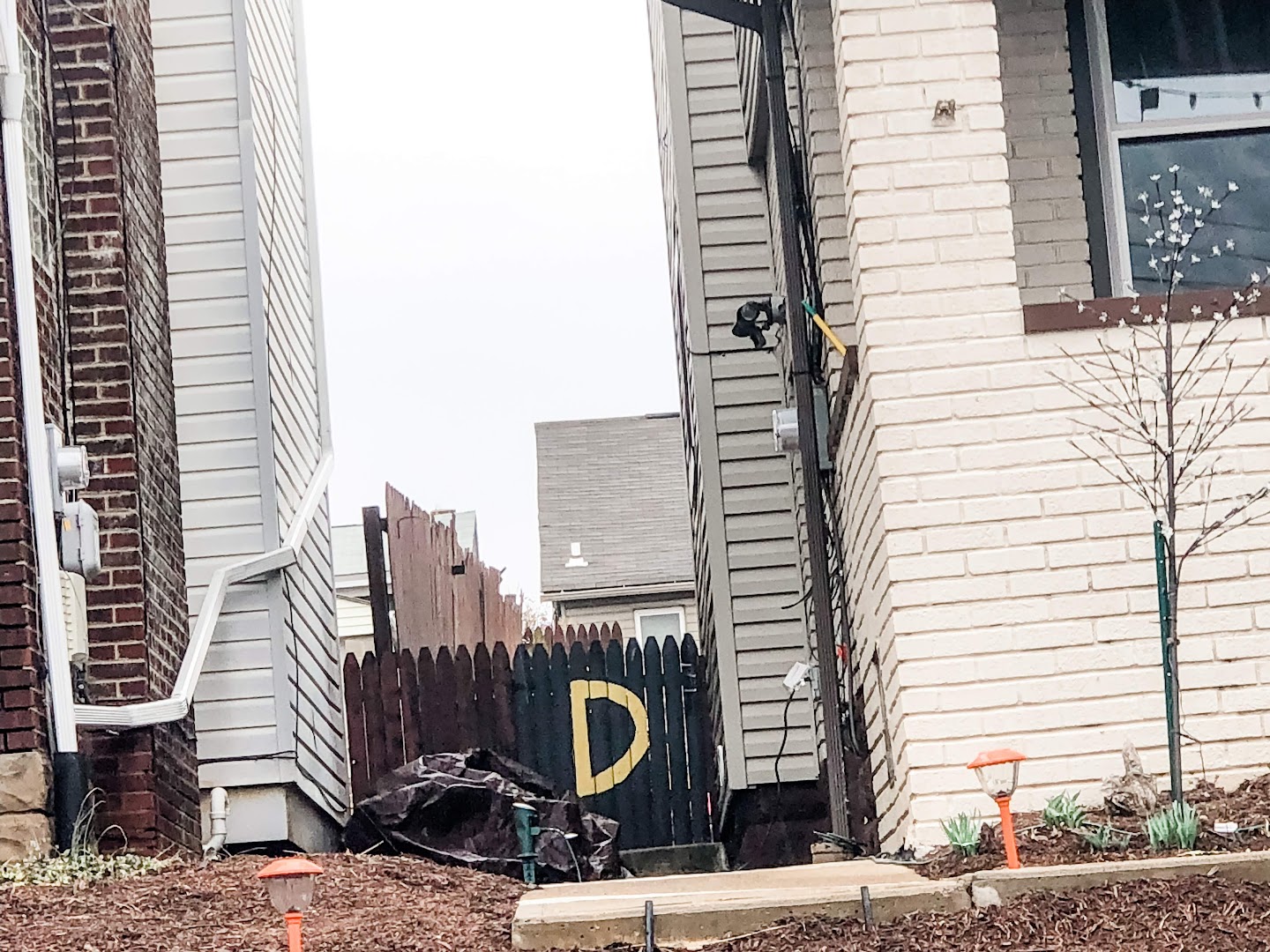 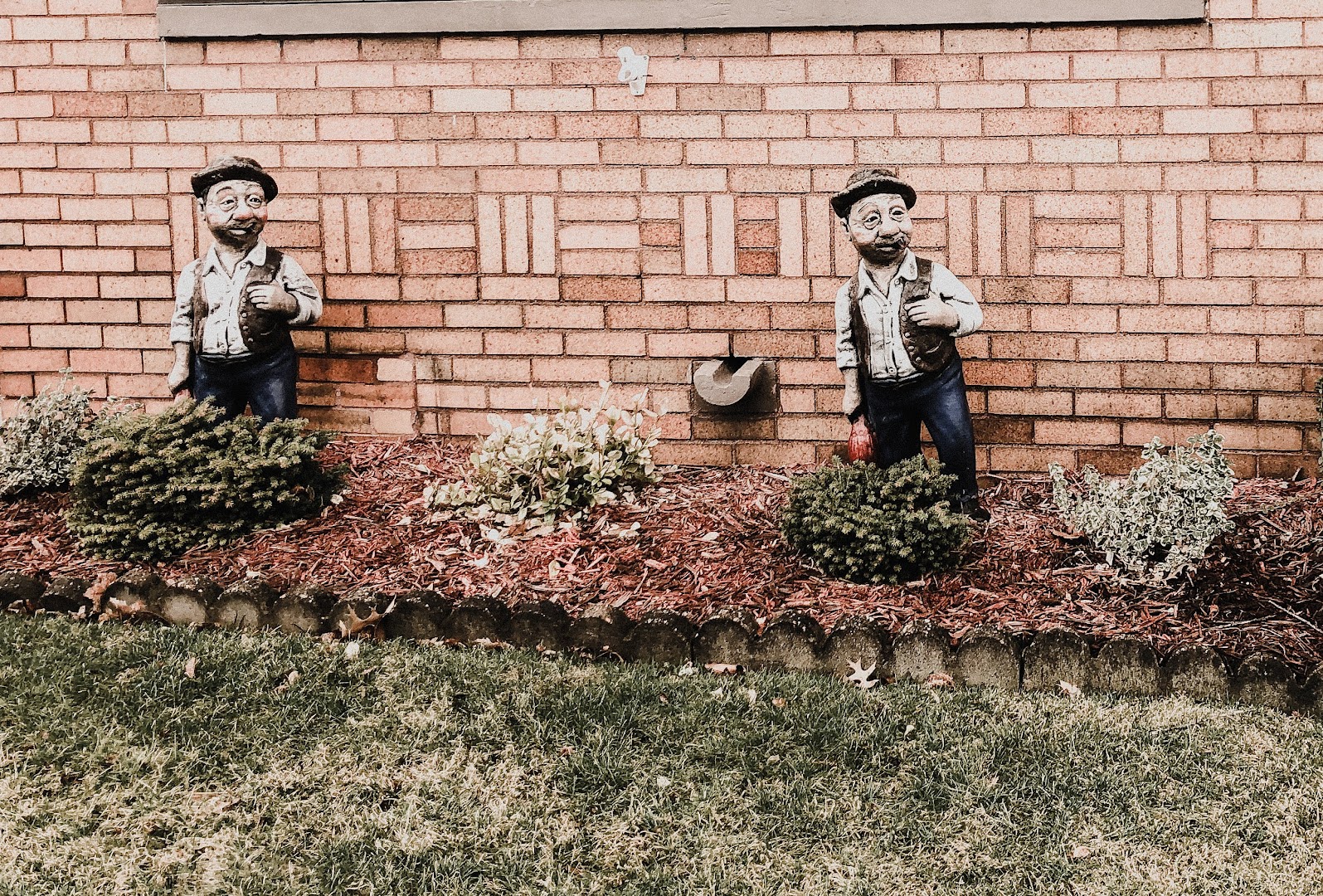 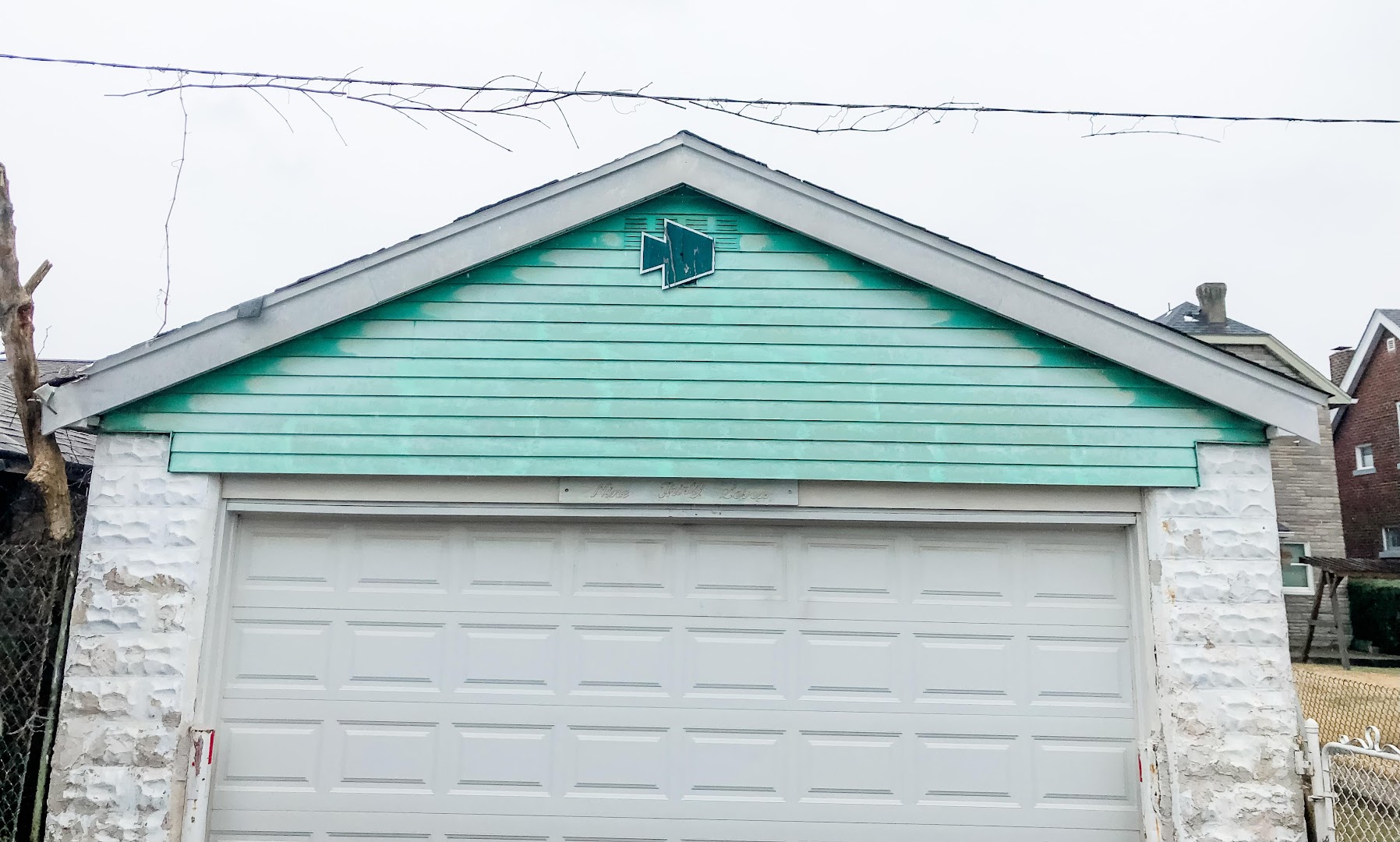 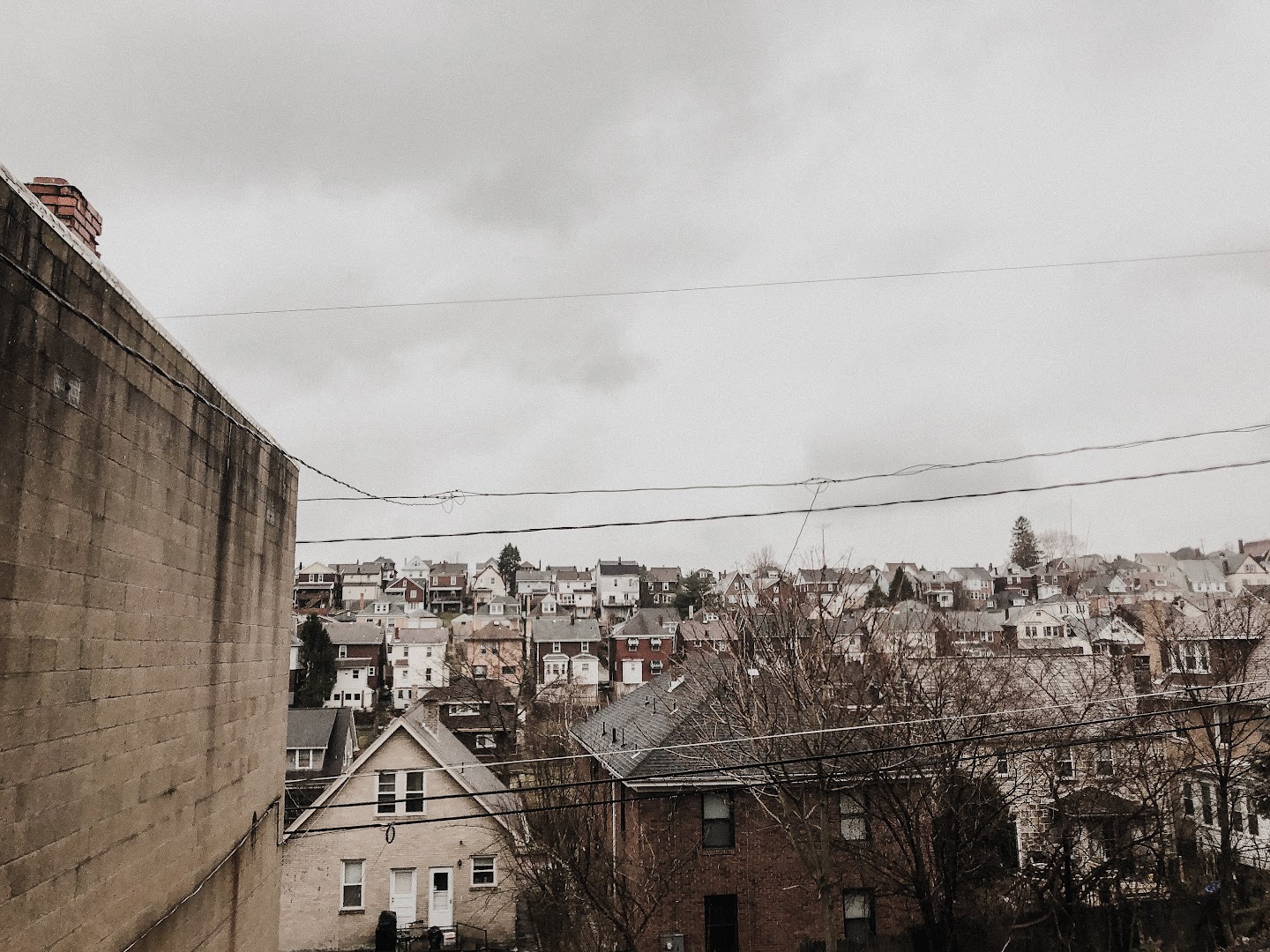