Today I found myself parking on the border of Belzthoover and Knoxville at McKinley Park. I could see tree-marked trails in the woods south of Bausman Street and I (correctly) assumed I could use them to circle back to my car.

I know one person who lives in Knoxville and wouldn’t you know, I saw him almost as soon as I got out of my car. What are the chances? Is Knoxville that small? He told me to be careful in this neighborhood. I get warnings almost every time I tell someone what I’m doing. I am always alert and have my phone ready to dial 9-1-1 if I need to. I’m not naive enough to think I will never have a problem. I have been scared a few times by people who seemed to be high or out of their senses for other reasons I don’t know. I try to make eye contact with everyone I see so that they know I see them but also to see if anyone is there. It’s the emptiness behind the eyes that raises my hackles.

My walk in Knoxville bandied my emotions back and forth. I was delighted to see signs of spring…

The people I encountered also ranged across the spectrum. Friendly and aloof. I paused to take a picture of these incredibly large Virgin Mary statues in a diminutive front yard.

A man in a car stopped in the middle of the street and expressed shock upon their sight. He said he’s lived here for a long time and this is the first he’s ever seen them.

A bit further on, I was admiring a display honoring Veterans when I noticed a man watching me from up the street. I approached his house and could tell he was suspicious of me. I got him to open up and talk and he was very friendly. He also warned me about the neighborhood.

It seemed that every other house was either boarded up or had signs letting the viewer know that they should smile because they are on camera. The people of Knoxville seem wary. Kind, but guarded.

I tried to make eye contact with a bearded man listening to Katy Perry while smoking on his porch. He looked right through me. Chills.

I saw another bearded man (Santa), more than a few chickens, and a flying carpet that was currently parked in a tree.

I accidentally roused a woman from her house when her barking dogs alerted her to a stranger taking a picture of a squirrel offering on her fence. She said “he” comes by every day and gladly eats the pretzels she leaves.

I saw an ingenious cement wall that any self-described “lazy” person can admire.

Before I knew it I was in Bon Air. Bon Air is as close to country living as you can get in the city. One of its borders is the St. John Vianney Cemetery. This is the same parish I mentioned when I posted about Allentown.

The streets were steep and dubiously named. There is much confusion to be had about which street is Voix. The streets in question are parallel and run on either side of Conniston Avenue. The Hopkins Maps don’t attribute a name to either. Open Streets Wiki calls one of them Voix Way and the other Voix Street. Garmin says that Voix Street is actually Polo Way and that the small alley is Voix Way. The city just added a new sign designating one of them as Voix Street and there is no sign for the other street.

I walked all the streets of Bon Air save for two: Grosser and Drycove. Maybe I’ll do some more off-roading when I decide to hit them.

I found my way to the trails I’d seen when I parked my car. They were nicely marked and pretty passable save for a few fallen trees. 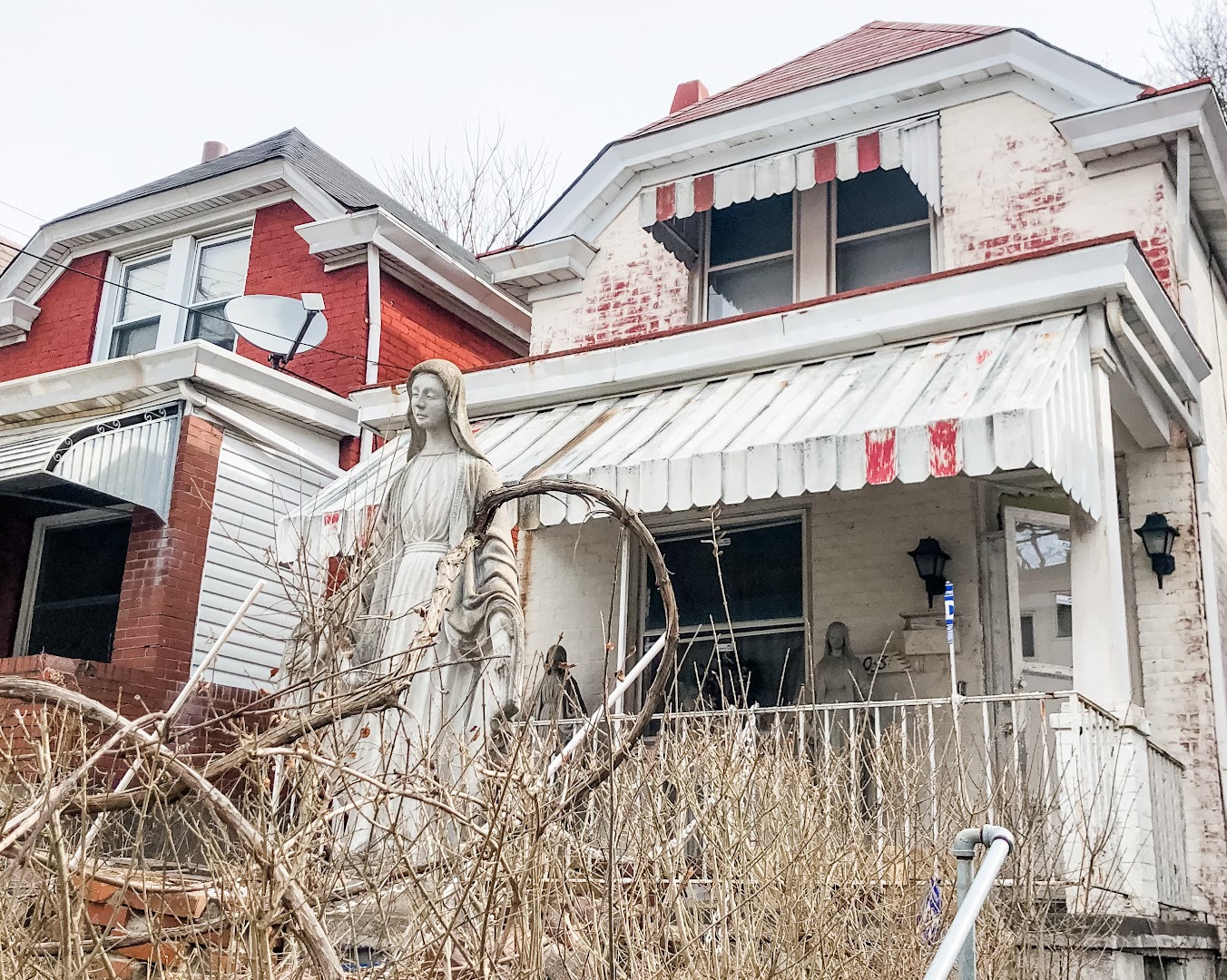 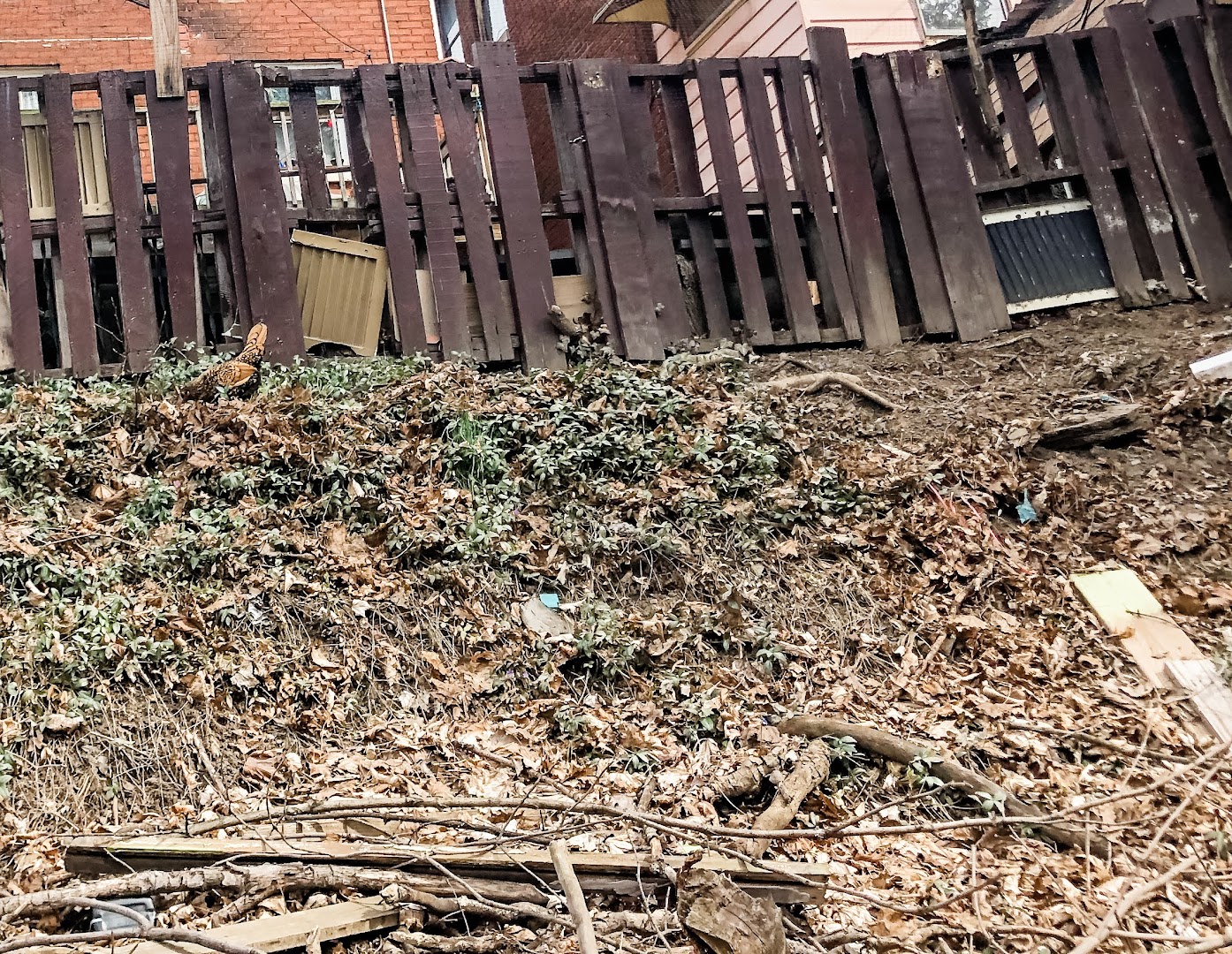 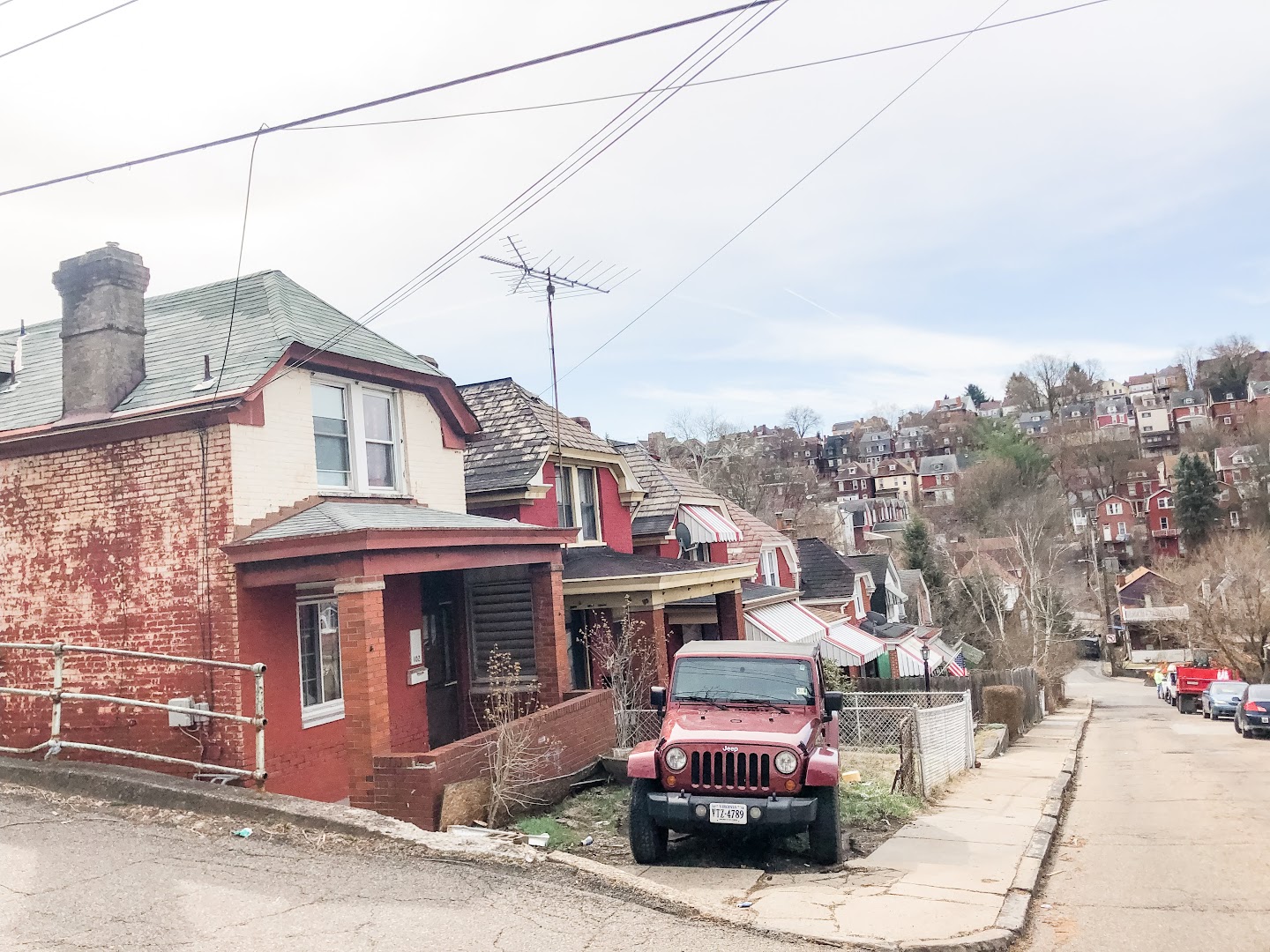 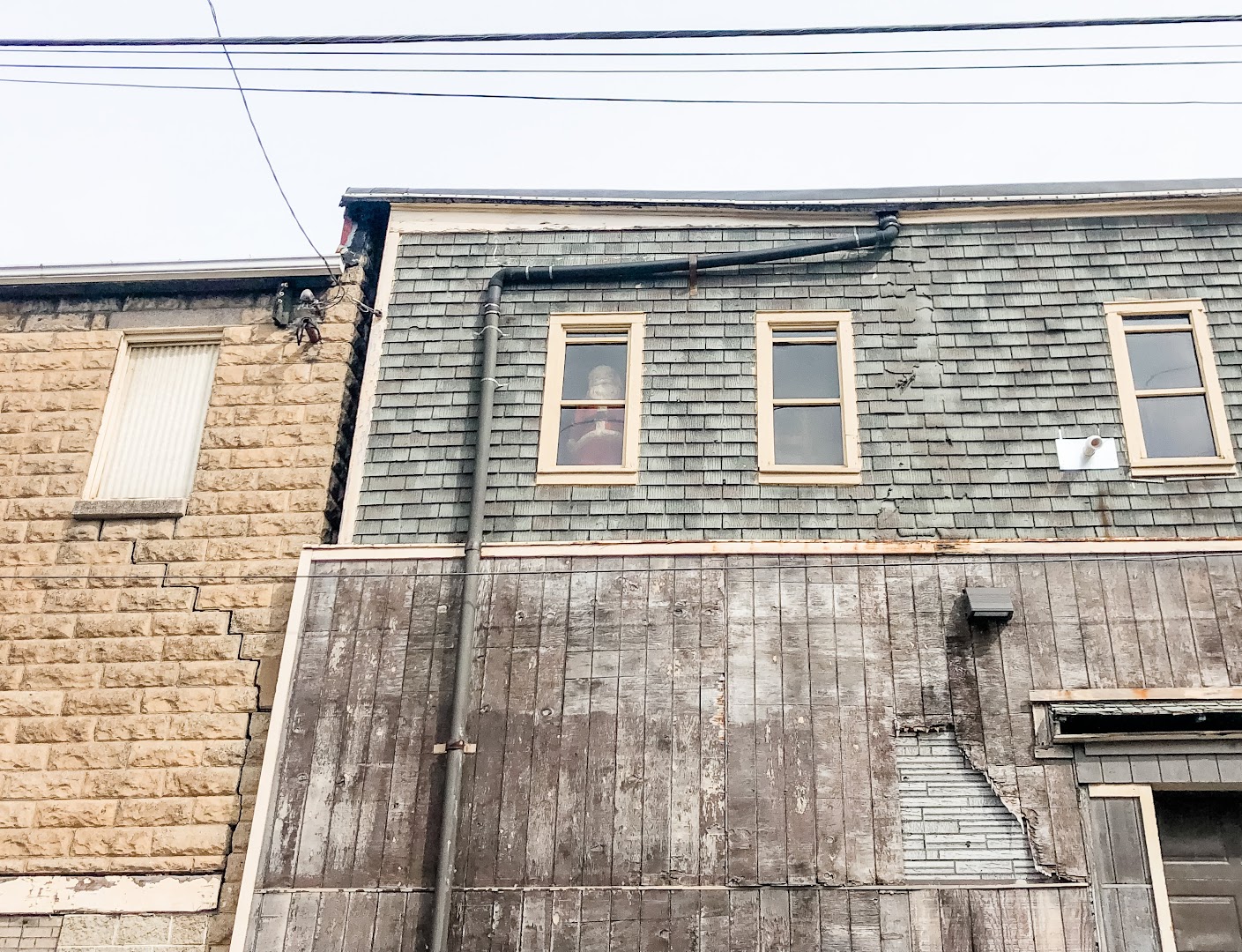 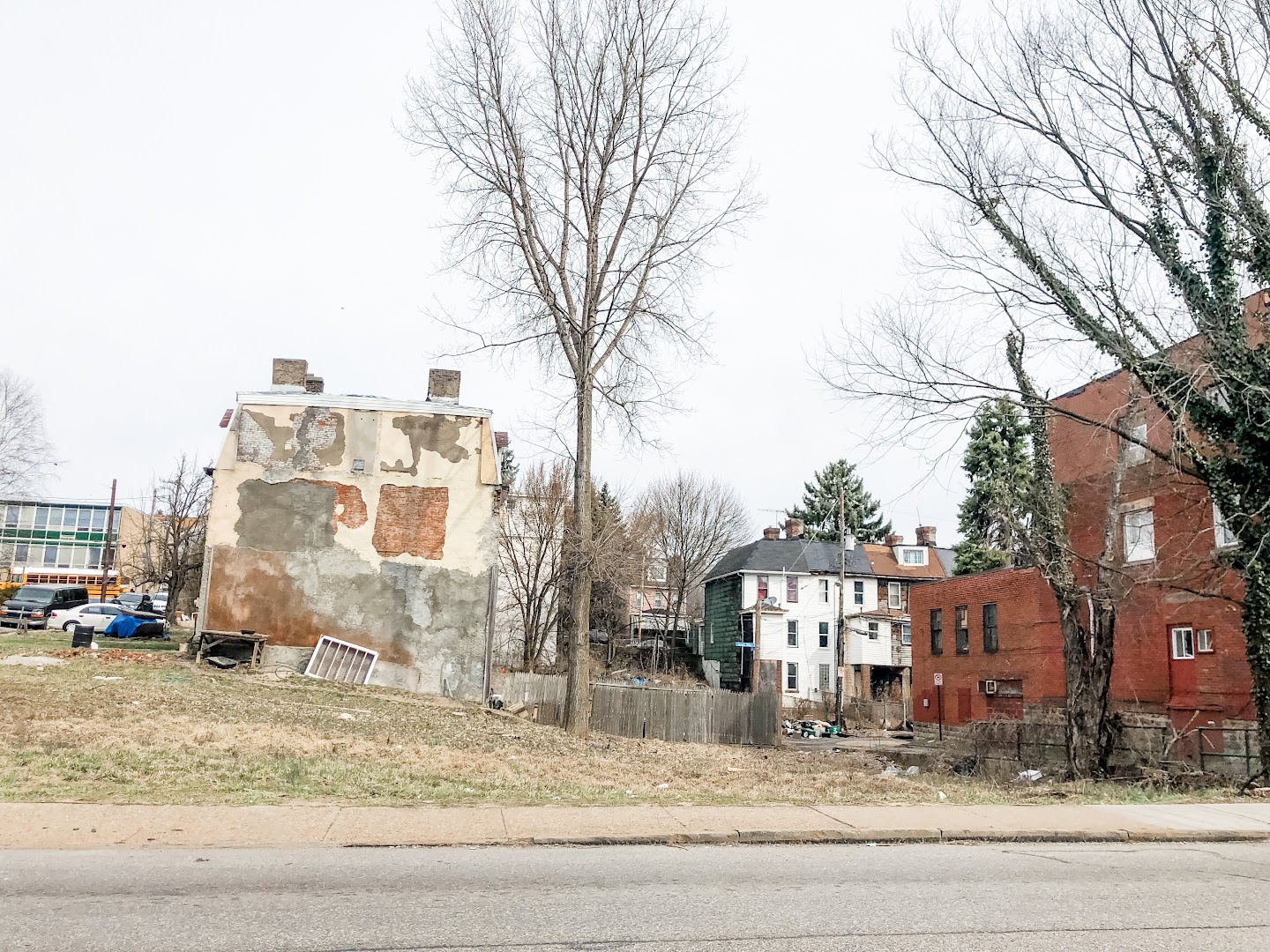 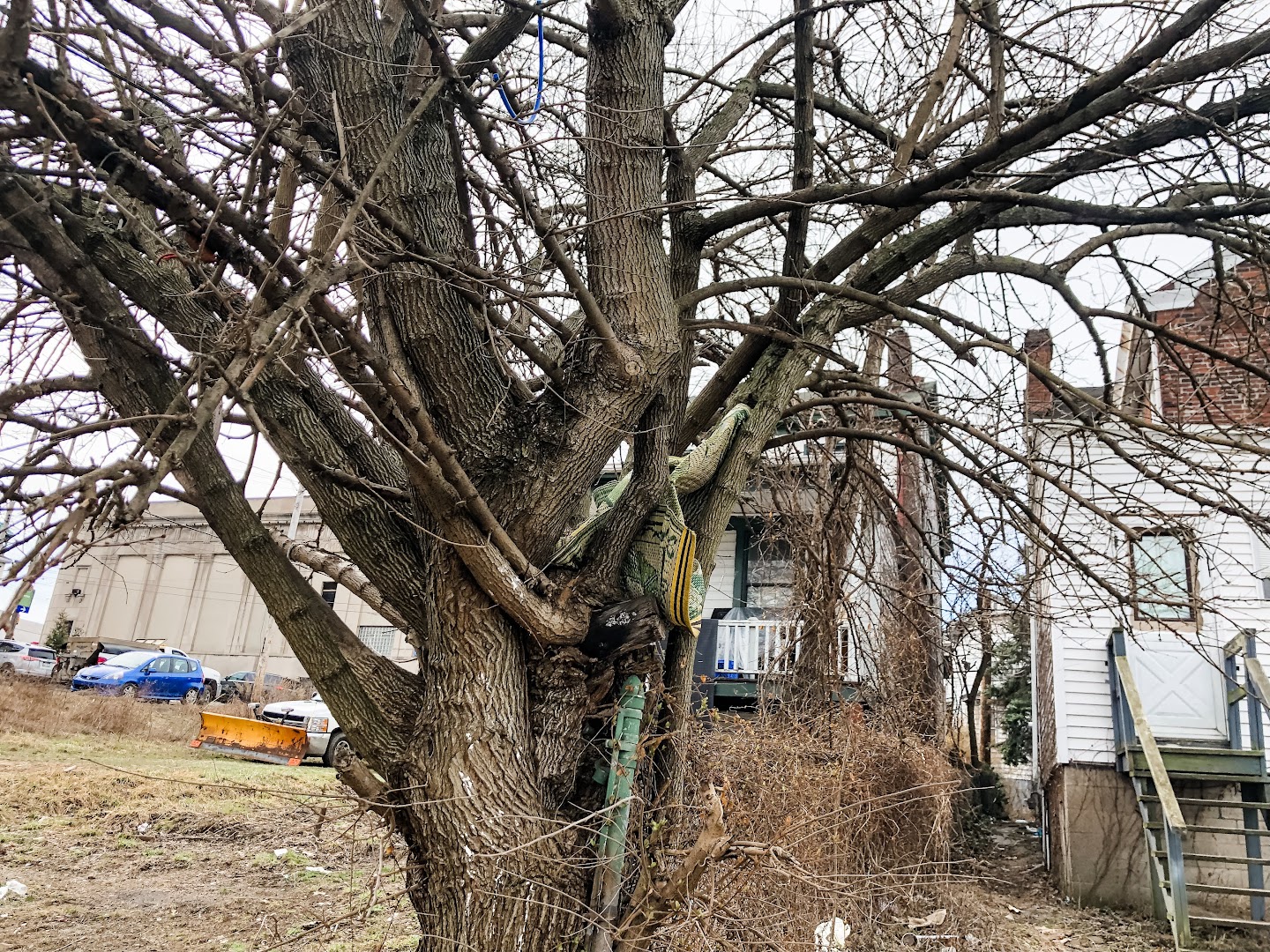 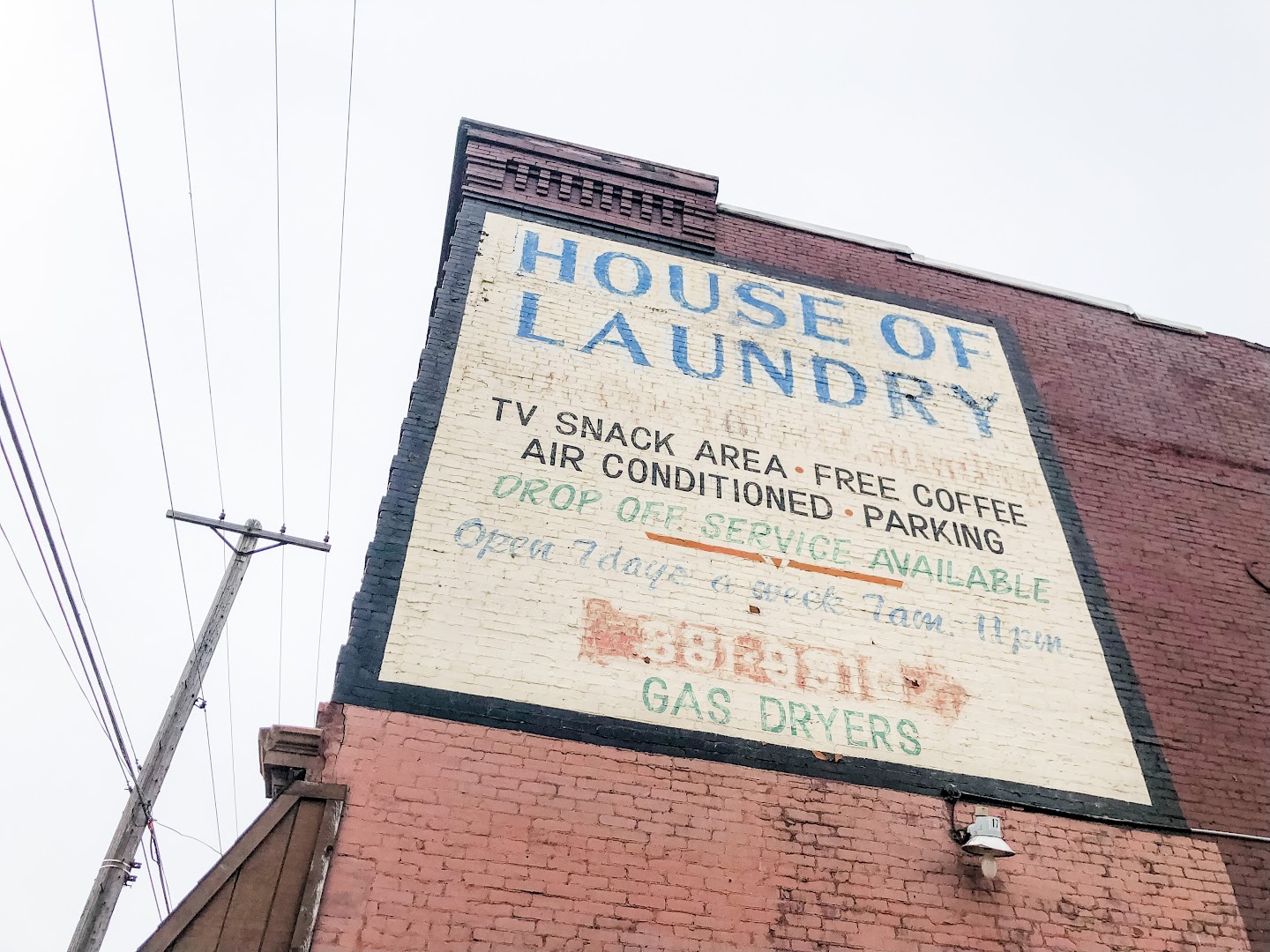 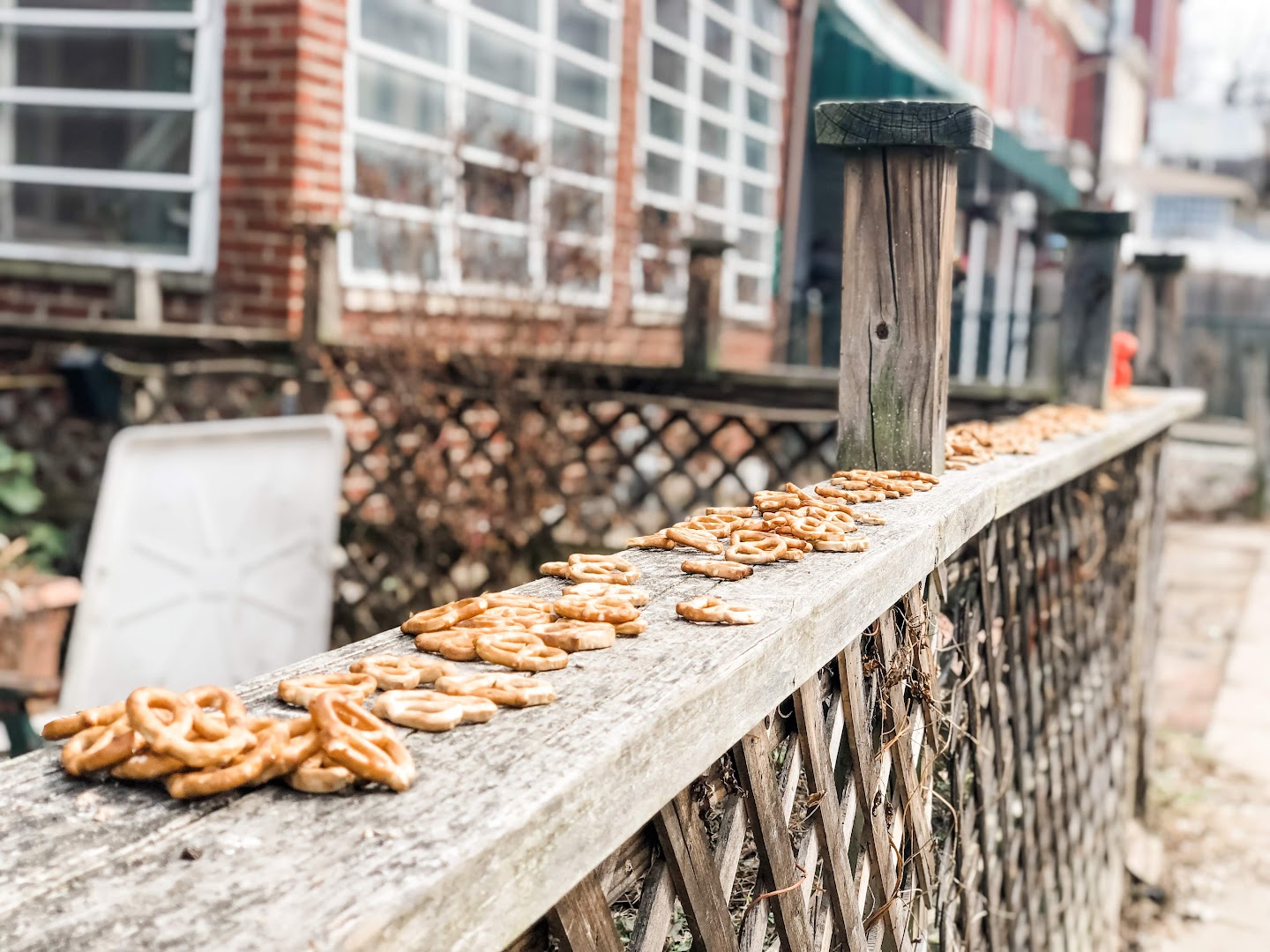 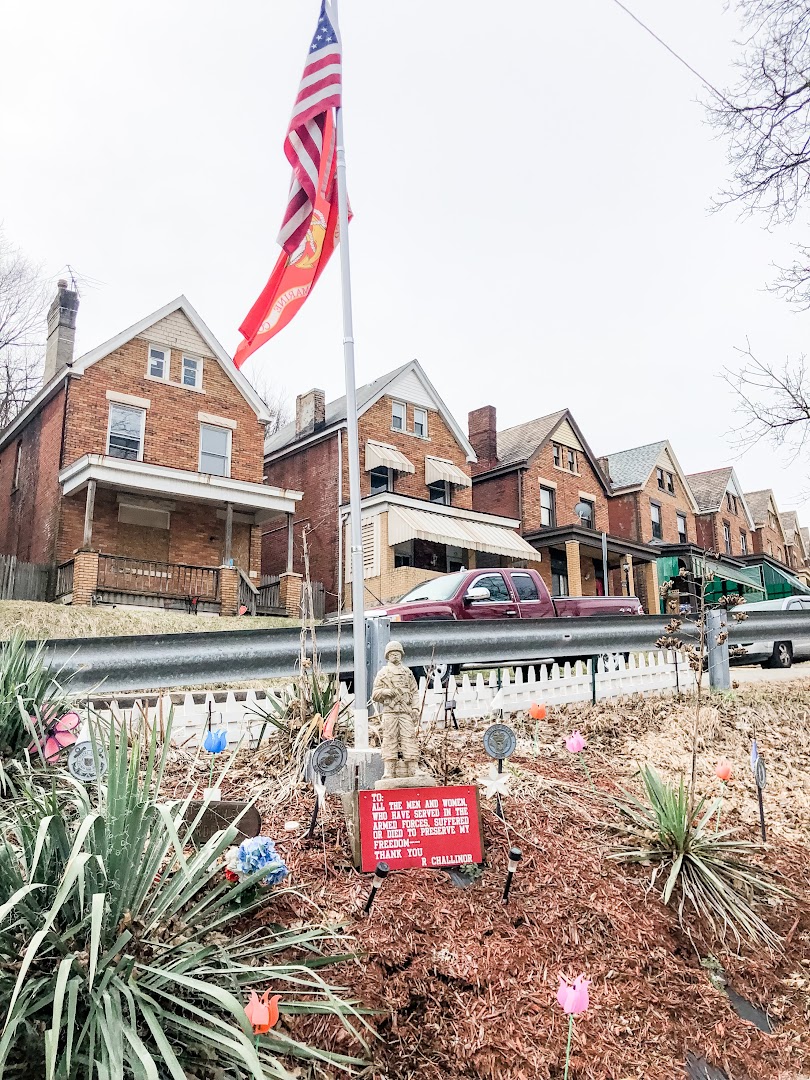 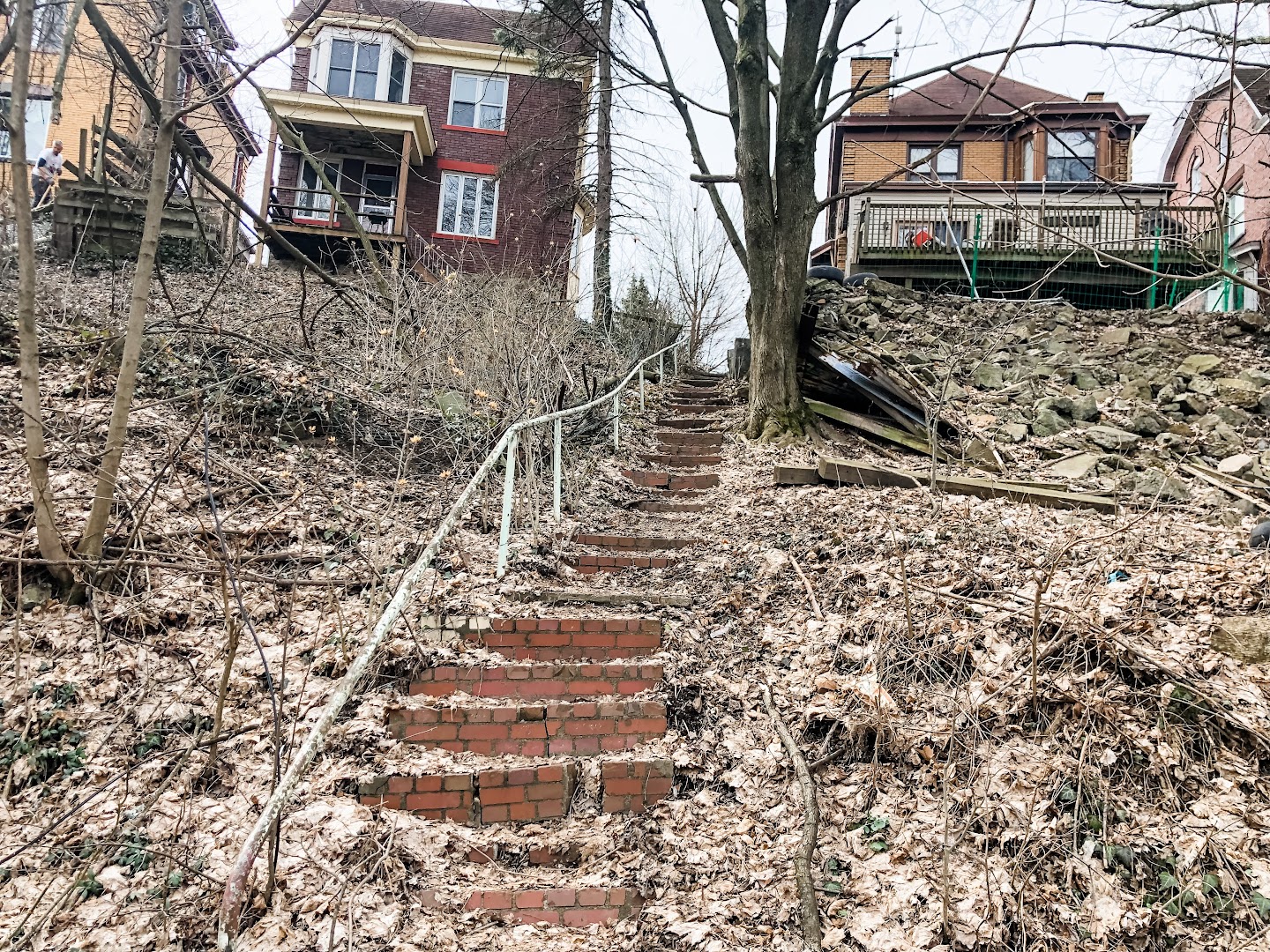 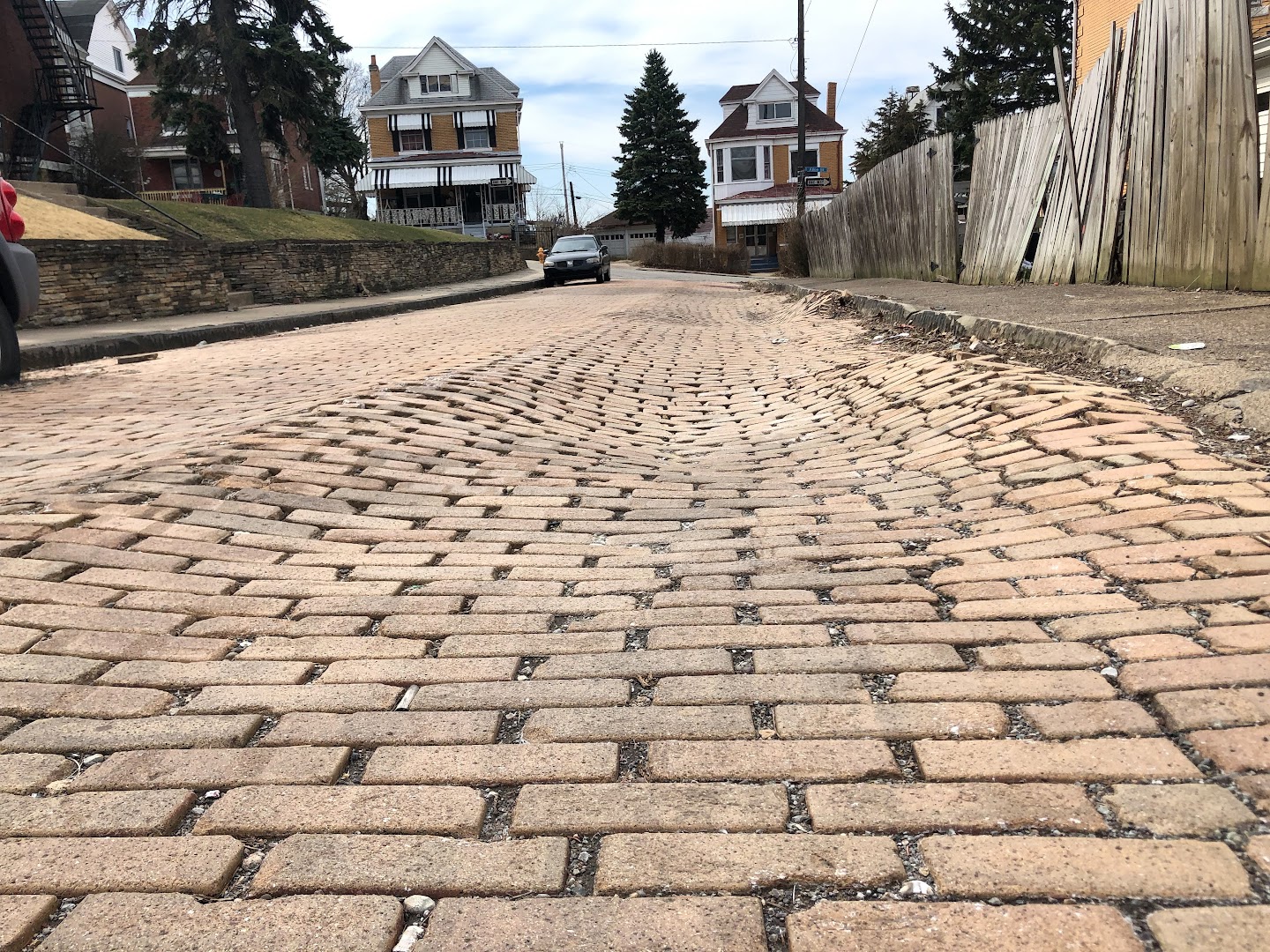 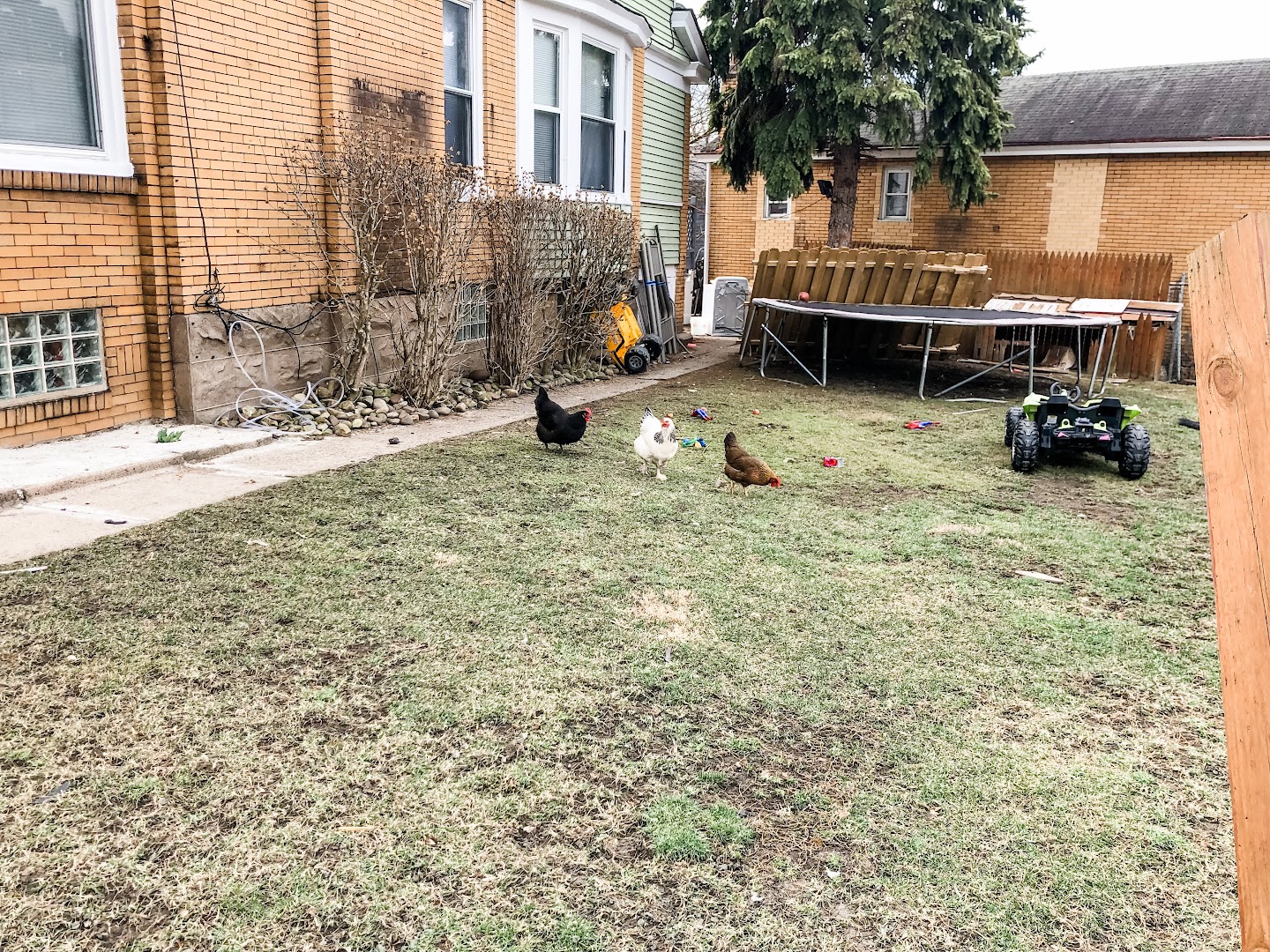 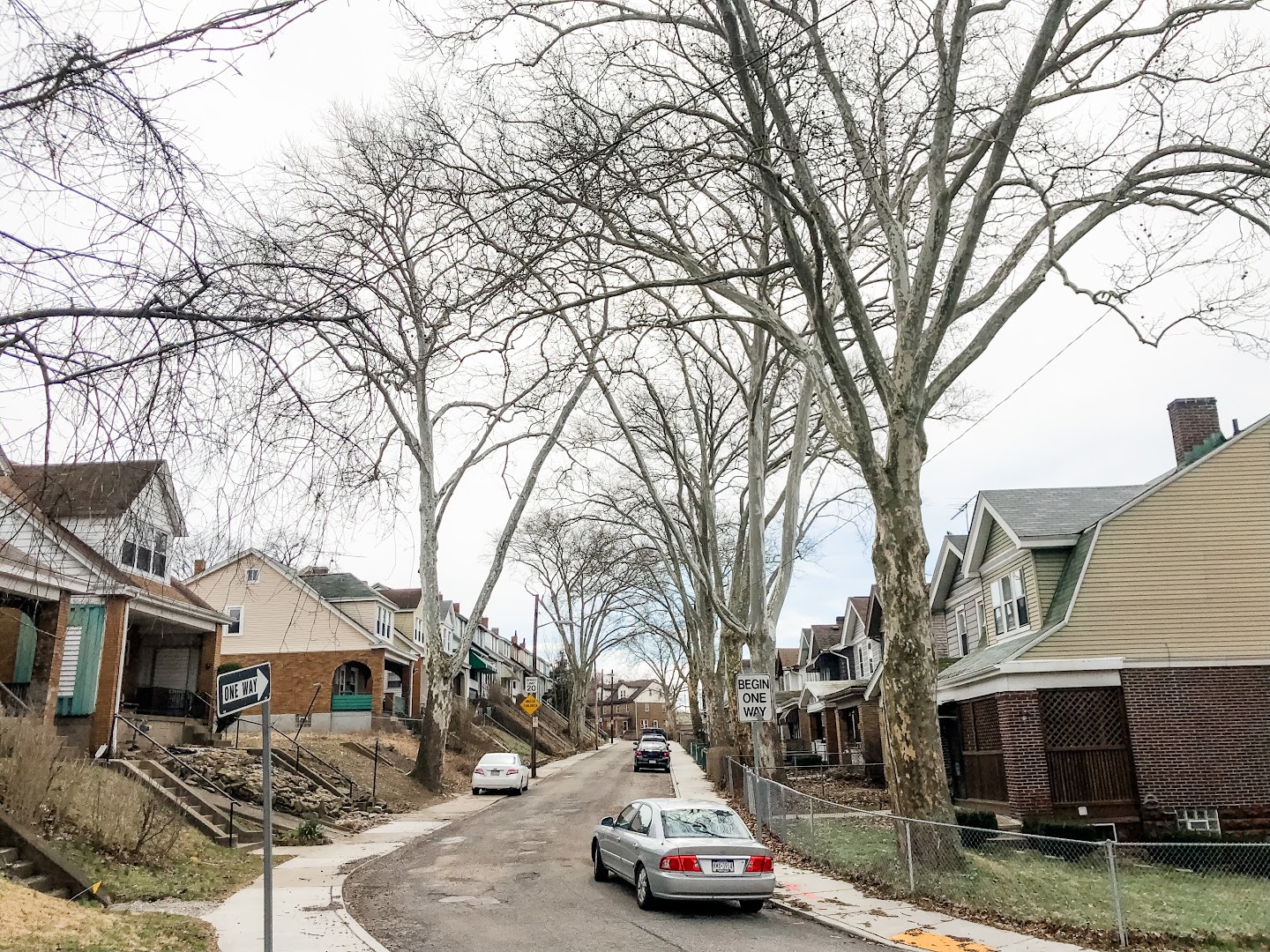 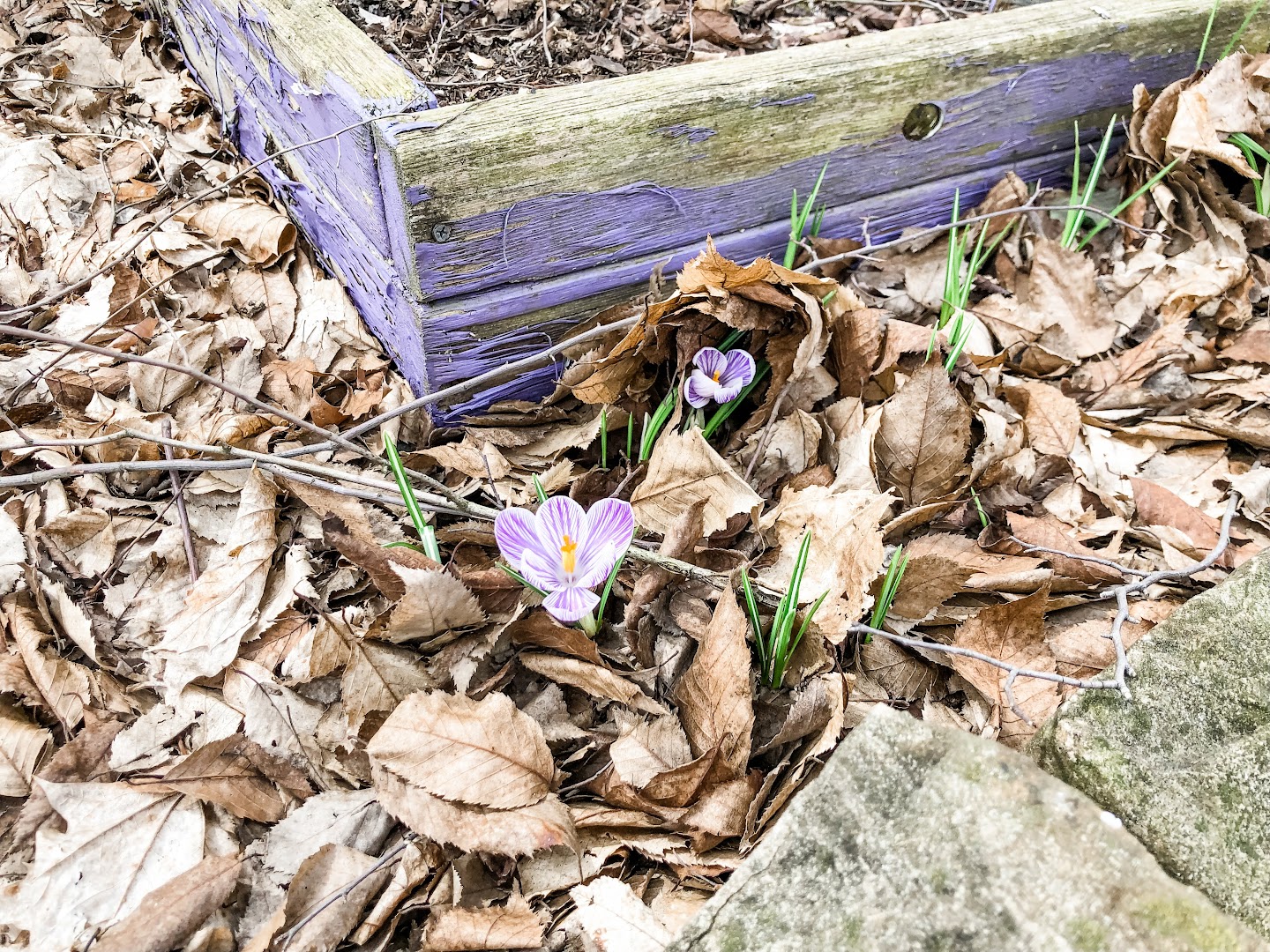 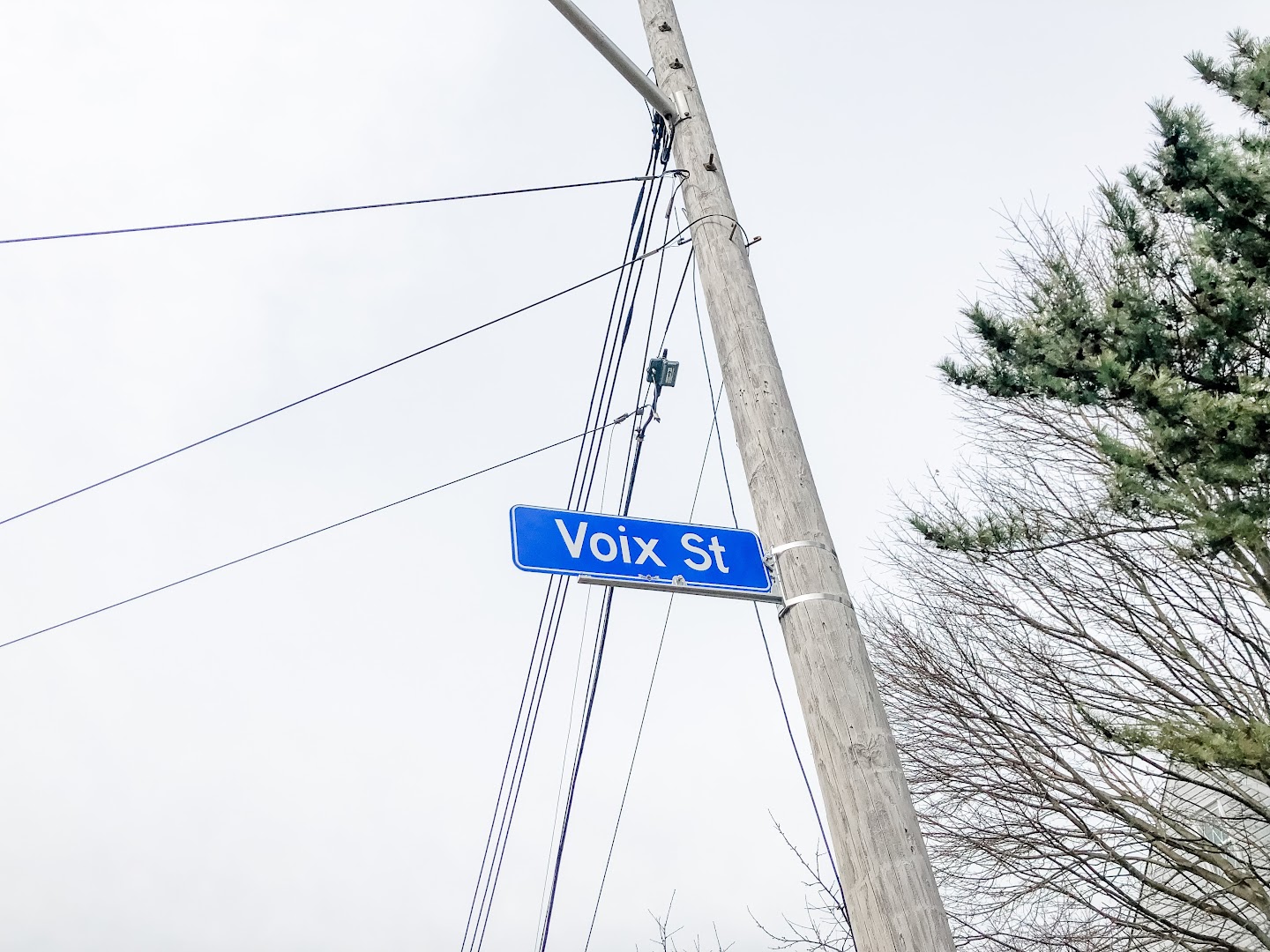 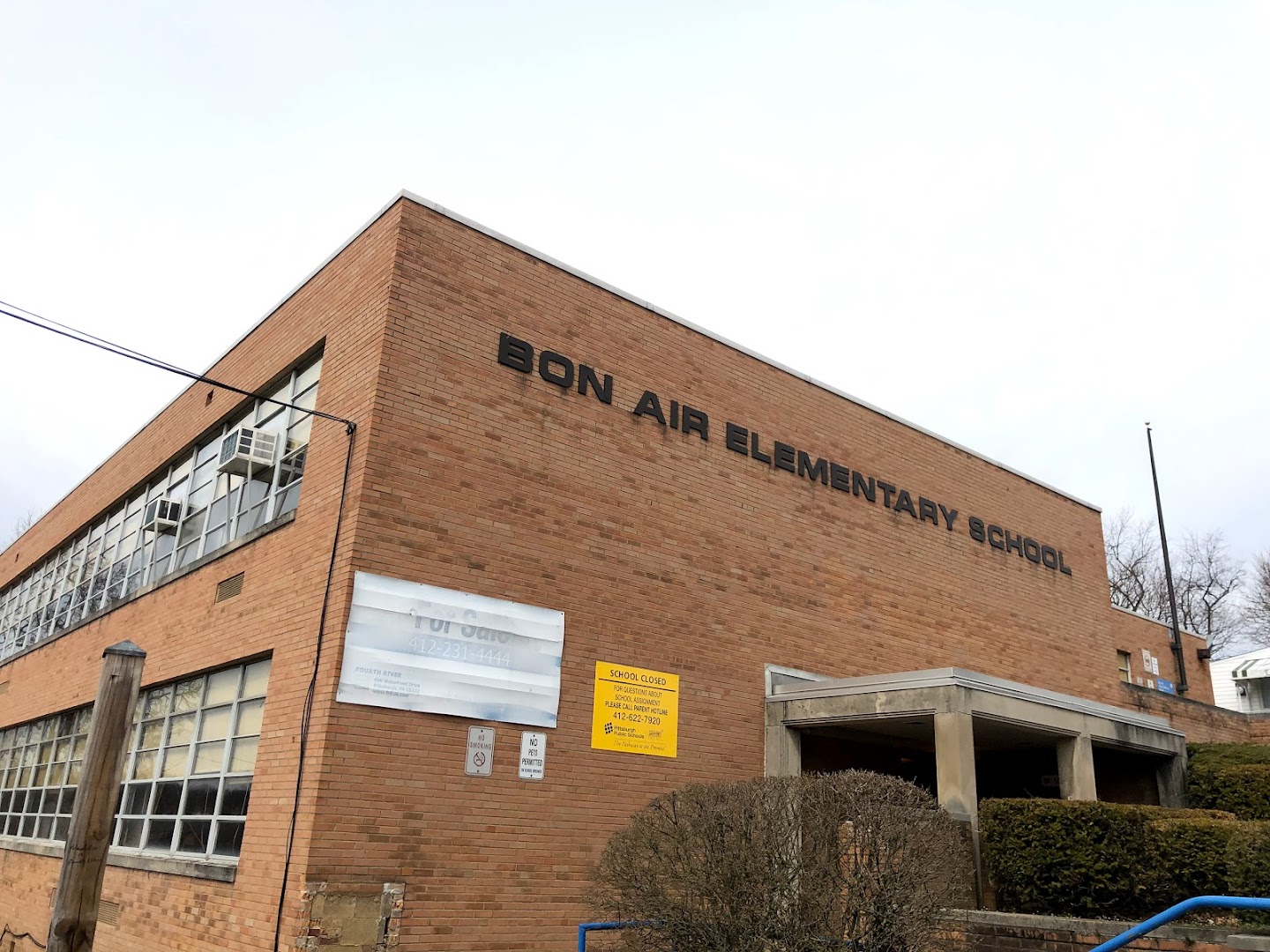 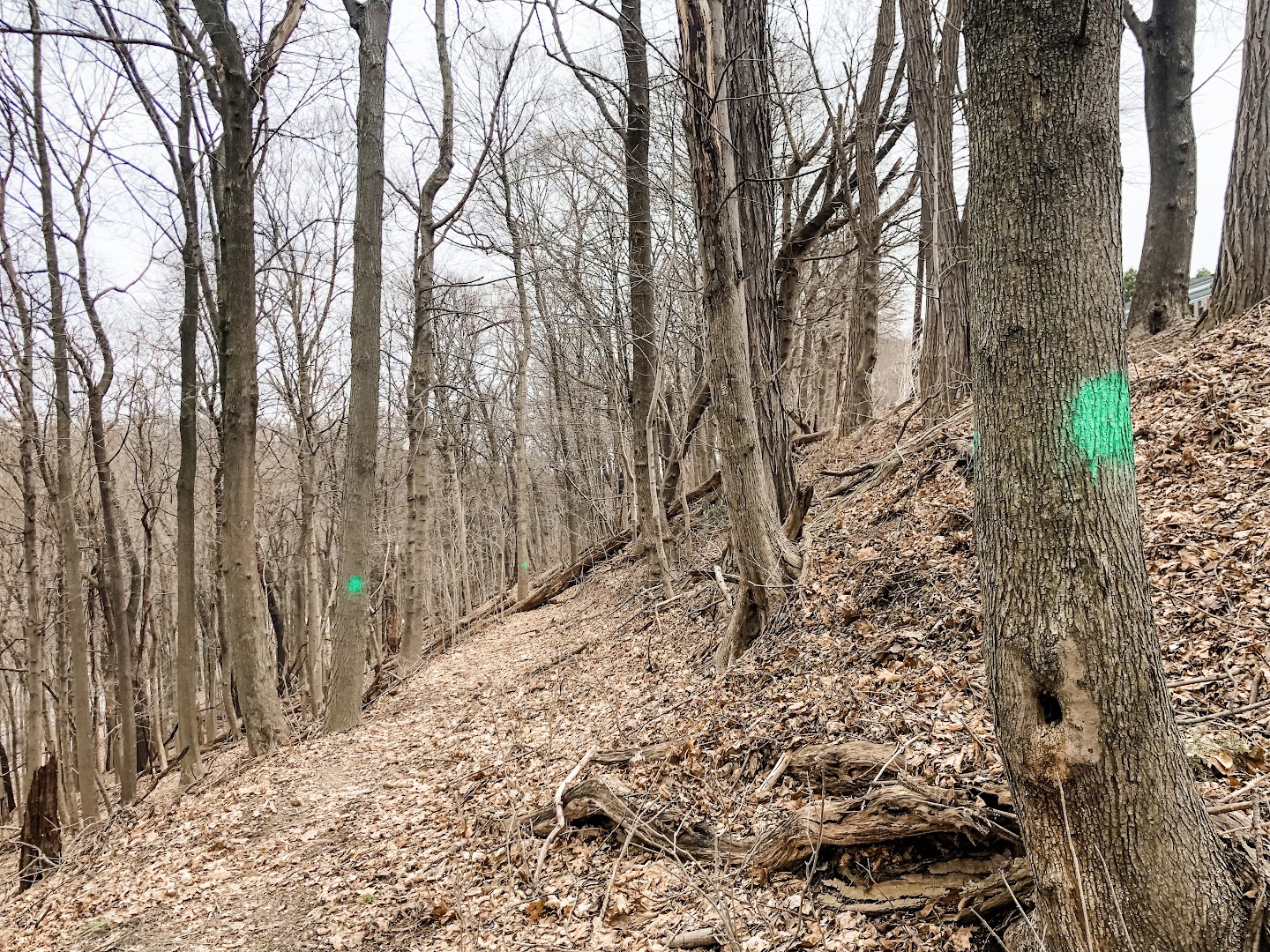 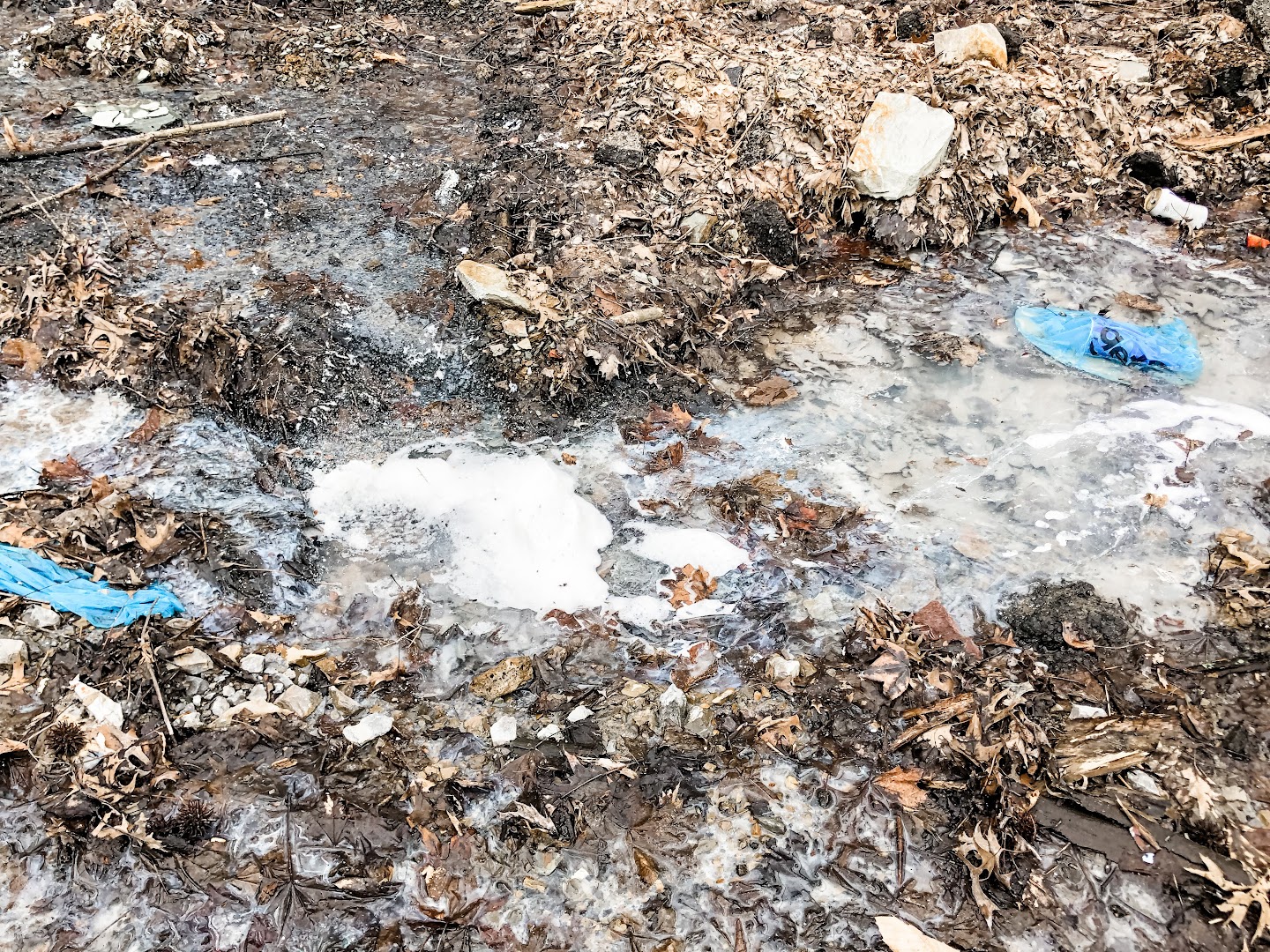 116: Disembodied Mannequin Head in a carport