I never thought I would see what I saw today. Hold on for this wild ride. I parked my car on Taylor Street in Bloomfield and went into Crazy Mocha to get some yummy Ginger Peach Green Tea. I decided I was going to get the northern portion of Bloomfield and then make my way into Friendship. I was walking towards Corday Way when I heard ONE GUNSHOT. I looked to my left to see a vehicle careening towards me. I hadn’t seen what happened but adrenaline flowing, I ran back down Taylor and hid behind a parked van. I uttered an expletive and a woman who was near me booked it towards Penn Ave saying she had a bus to catch. After the vehicle was gone, I walked in the direction from which it fled. Neighbors were all coming out of their houses. They all heard it too but no one saw anything. We don’t know what they were shooting at but there was no blood on scene and none of us spied a bullet hole. Maybe it was an accidental shooting. Maybe it was an elaborate April Fools’ Day prank. 911 was called and with adrenaline coursing through my veins, I continued on my walk.

I didn’t look at much during the first few blocks of my walk because of what had just happened. I never in a million years would have thought that something like this would happen in Bloomfield but it can happen anywhere.

After I calmed down a bit I got into my normal routine. I saw many eccentric decorations like this cow…

Bits and pieces of ephemera on a window sill…

The houses in Friendship were grandiose and many were meticulously cared for. This gnome seemed to be practicing magic…

A few houses took my breath away.

I walked by the Pittsburgh Glass Center where my late mother used to love taking classes on glass making.

I walked by a yard where a grey squirrel was screeching about something. It took me a minute to realize I’d disturbed this kitty’s afternoon stalking session. He pretended like he wasn’t attempting murder and sauntered away.

I found my self back on Liberty and positively peckish. Maybe it was the adrenaline or maybe it was just past my lunchtime. I found this gem: G M Dog N’Burger Shoppe on the corner of S. Millvale Avenue and Liberty.

I got some chili with cheese sauce (the best kind of cheese for chili, or anything for that matter.)

As I was walking back towards my car, I saw these military copters doing exercises.

After my walk, I took a look at my map and noticed I’d made a heart on my route. Unintentional but apropos. 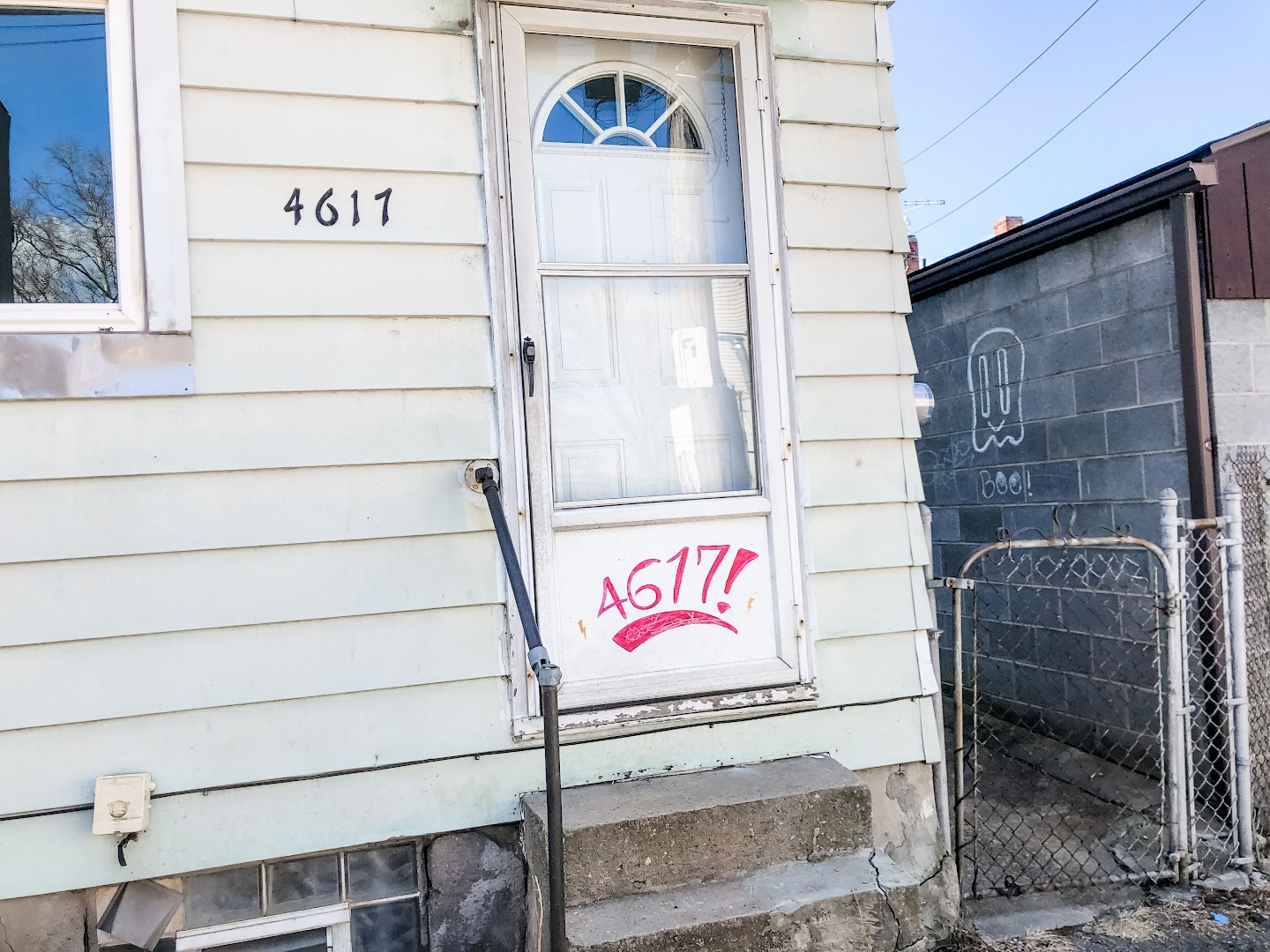 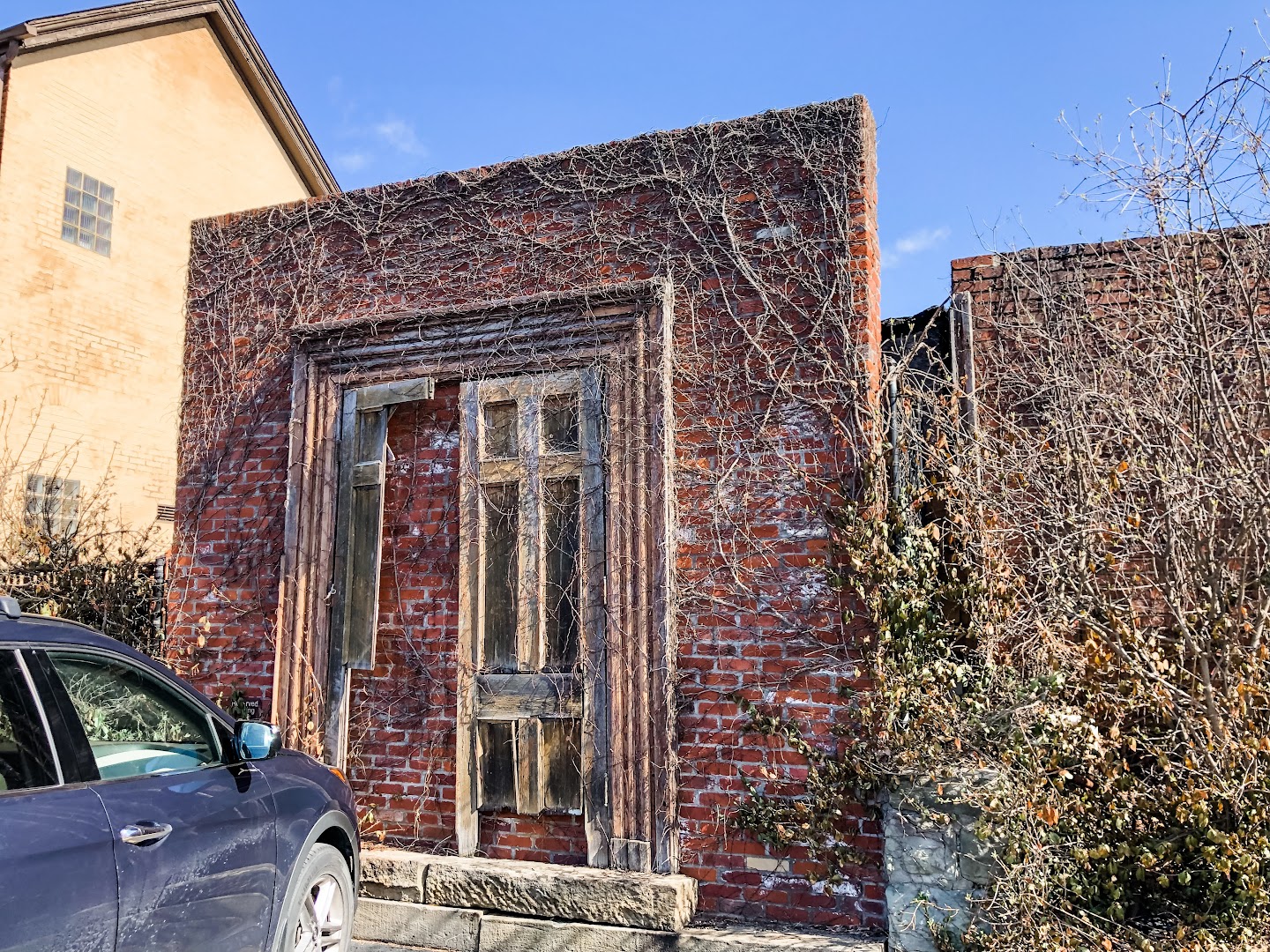 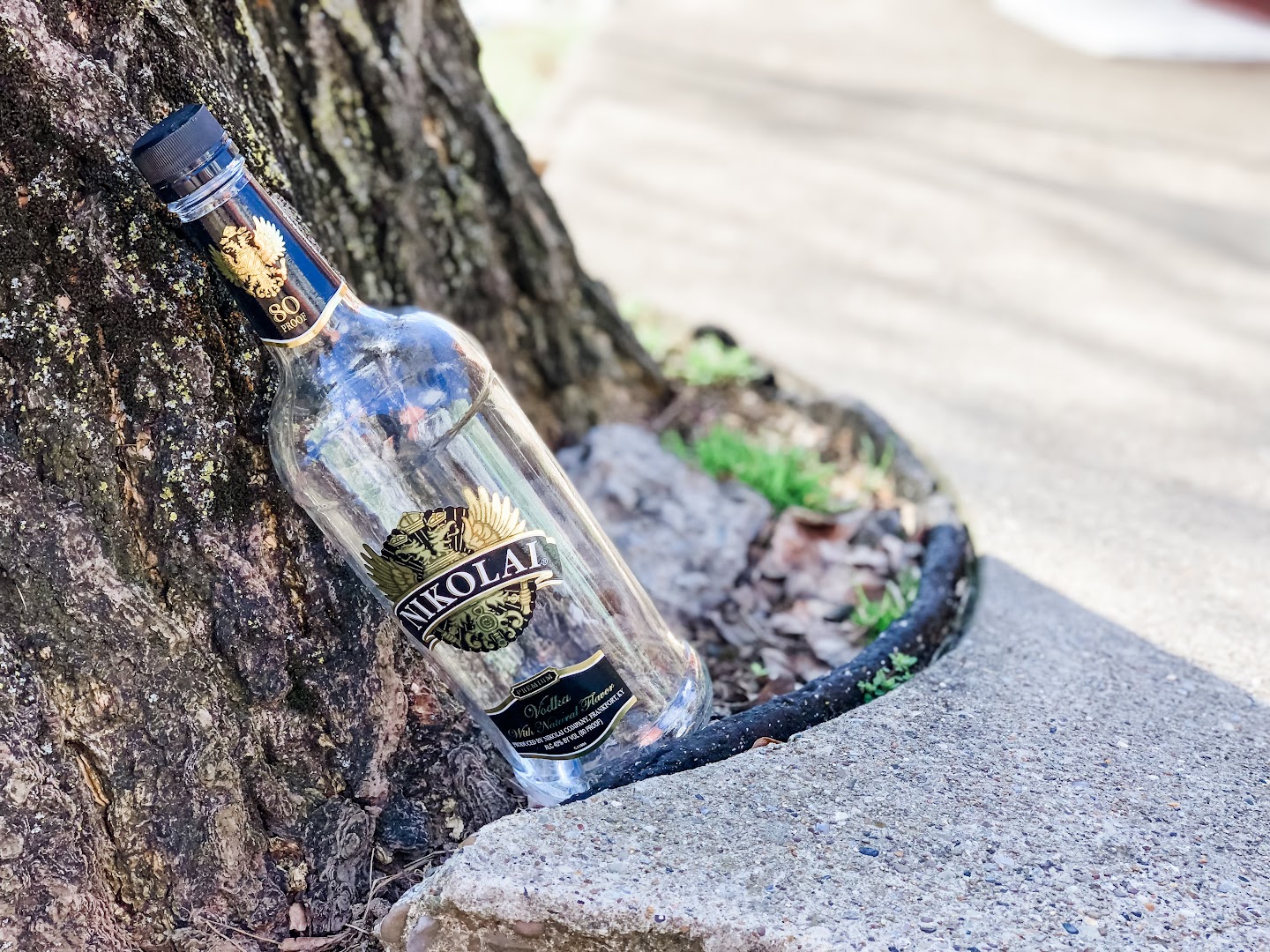 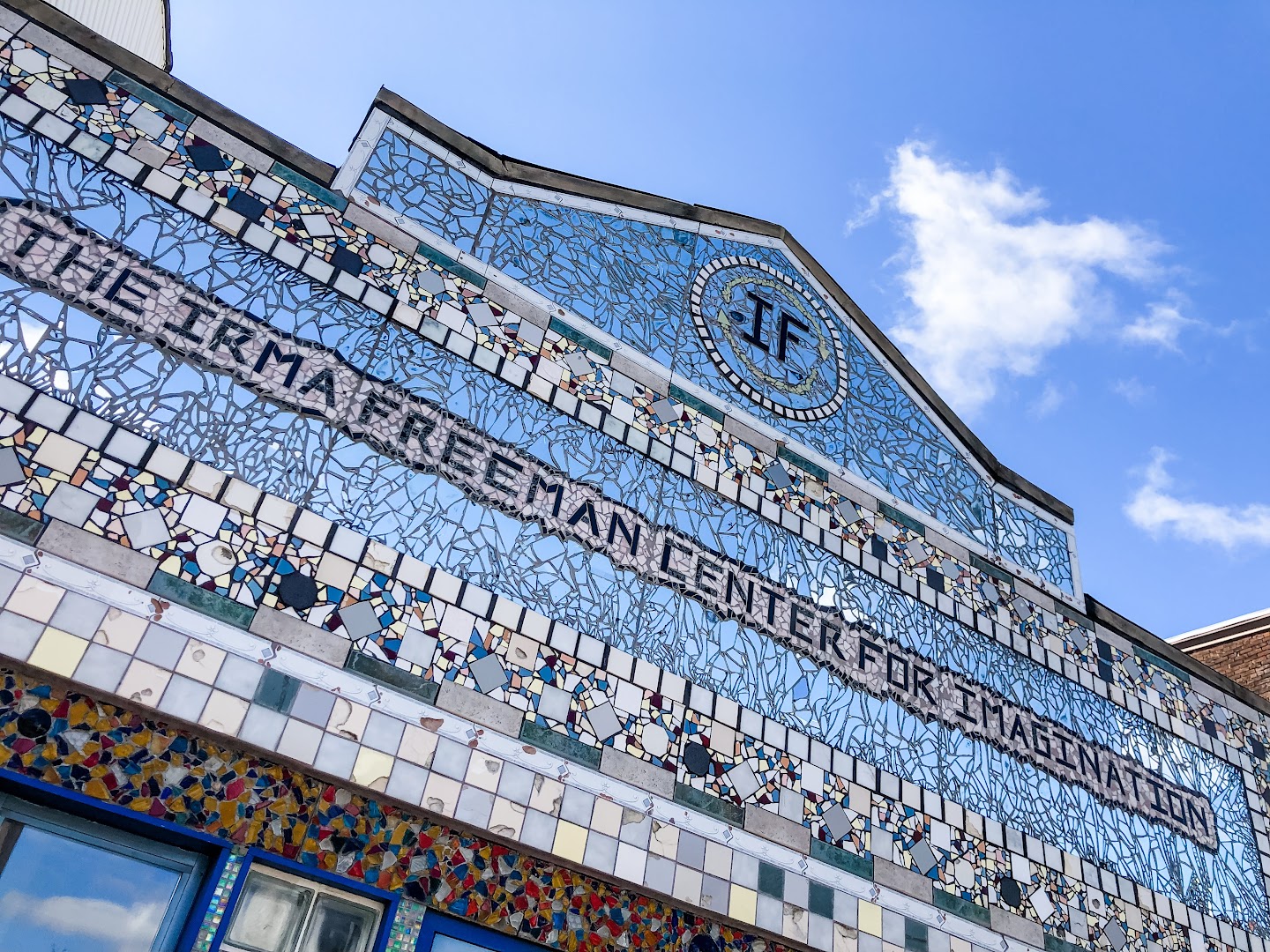 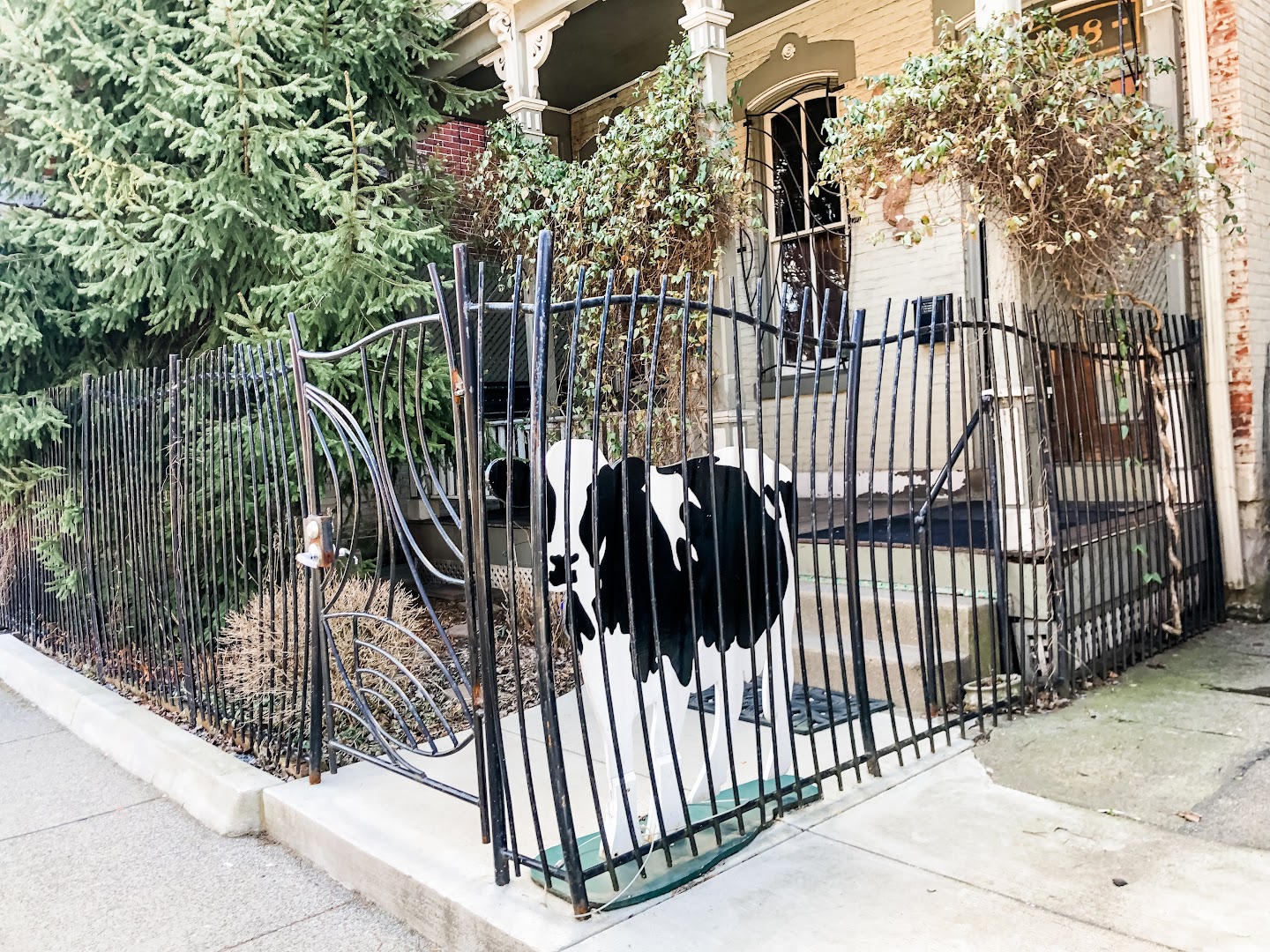 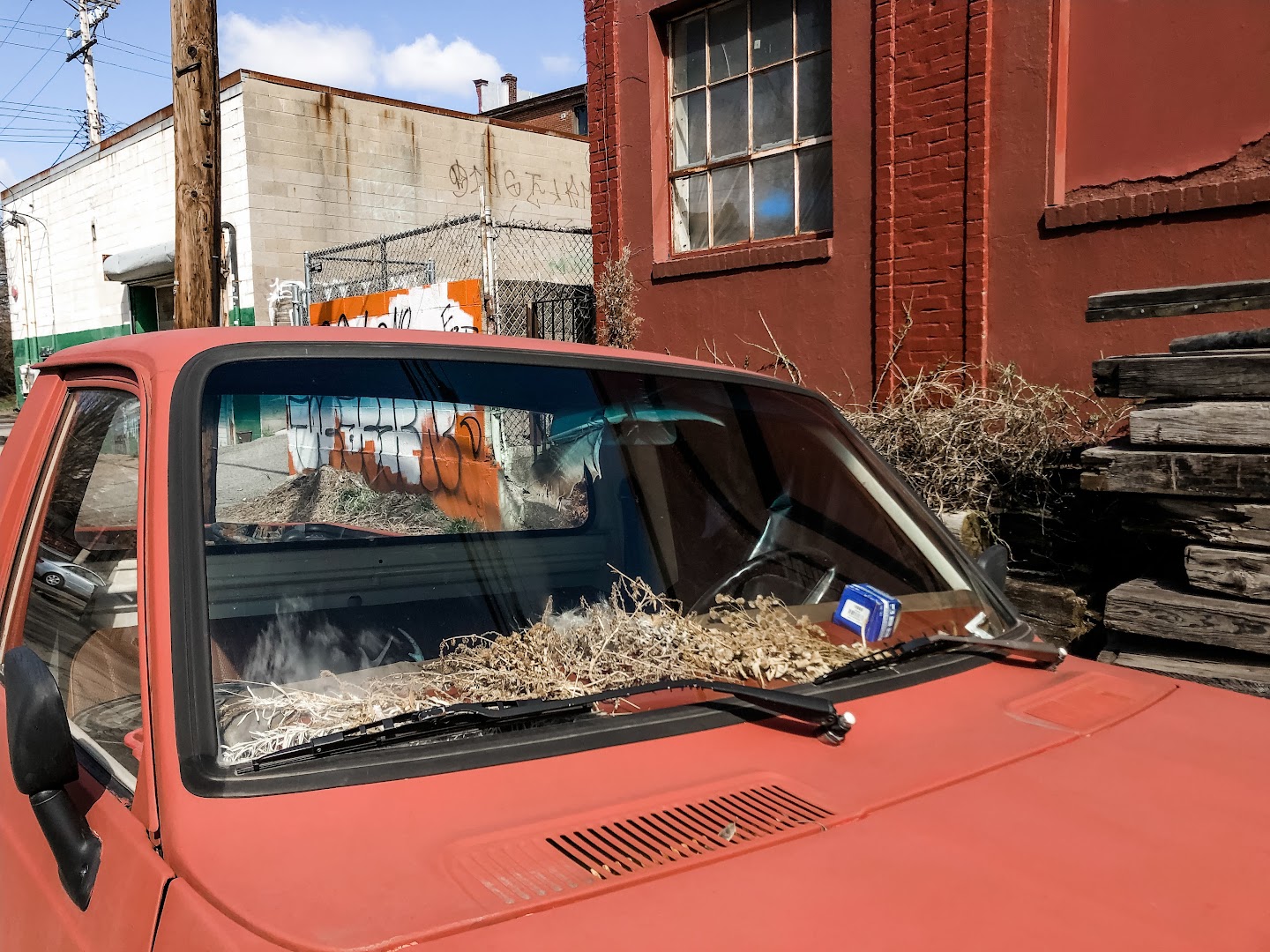 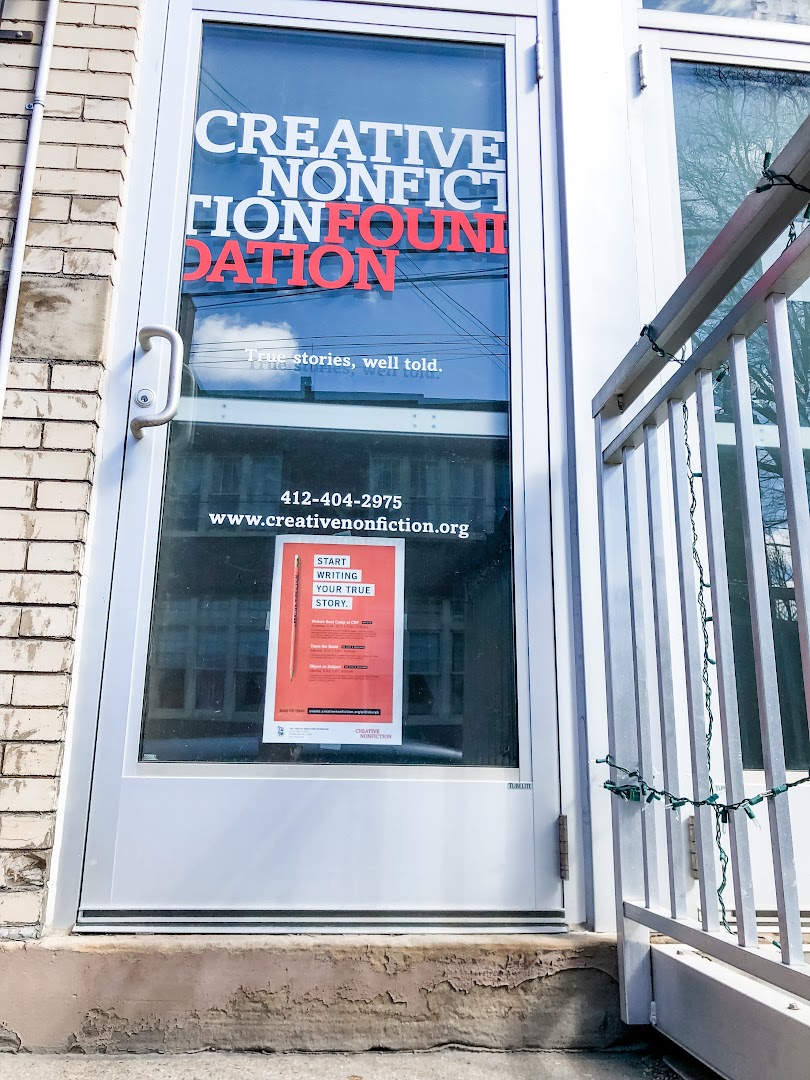 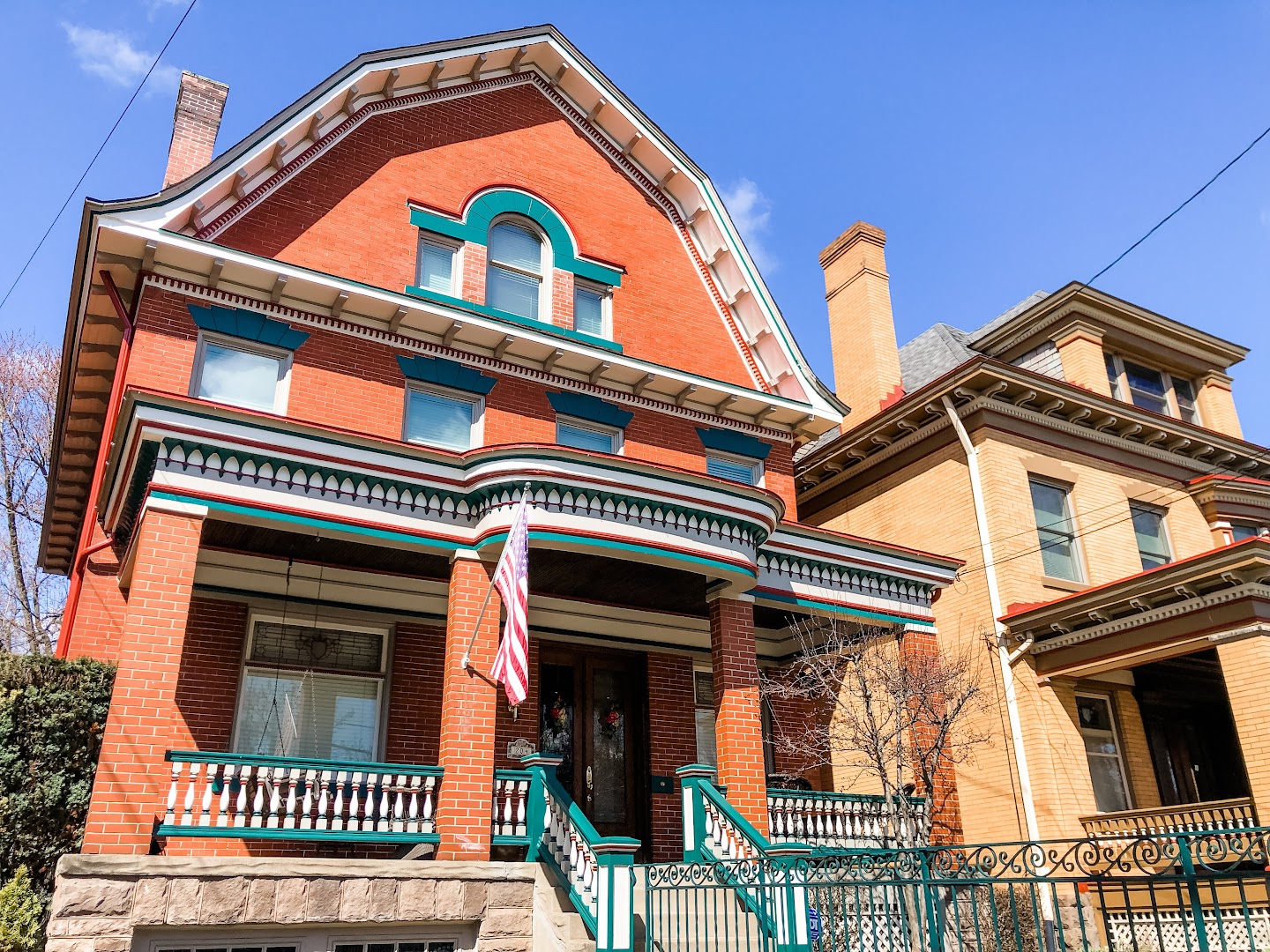 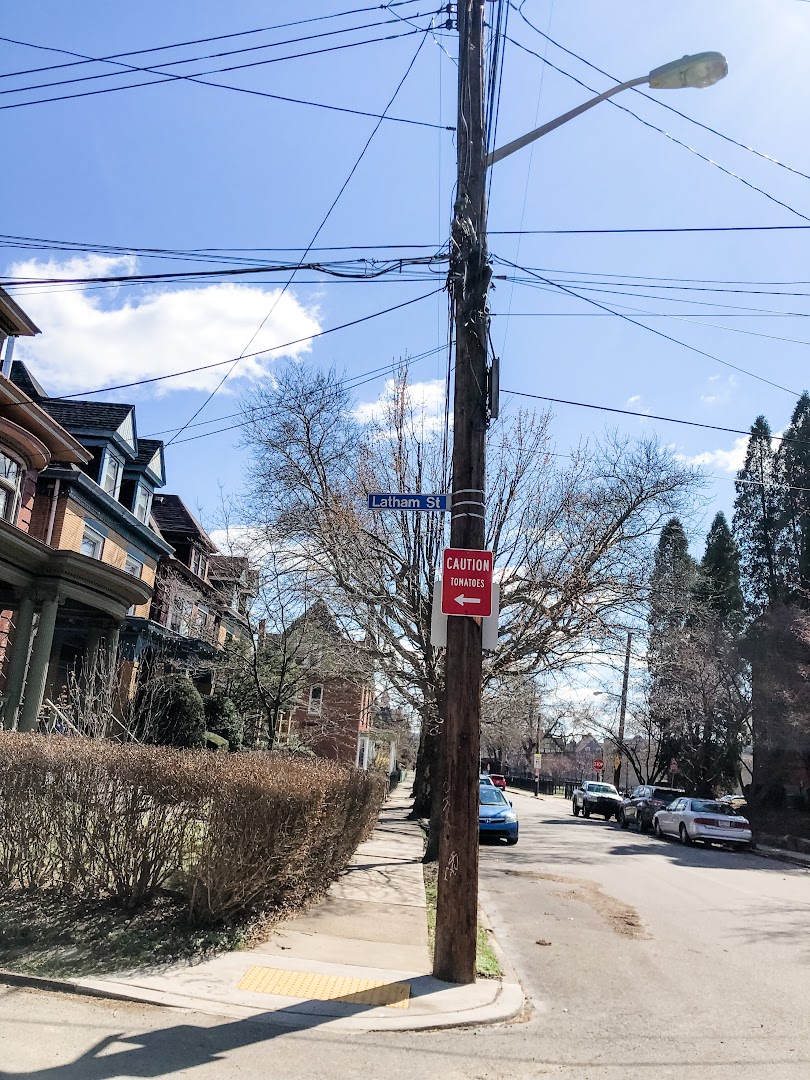 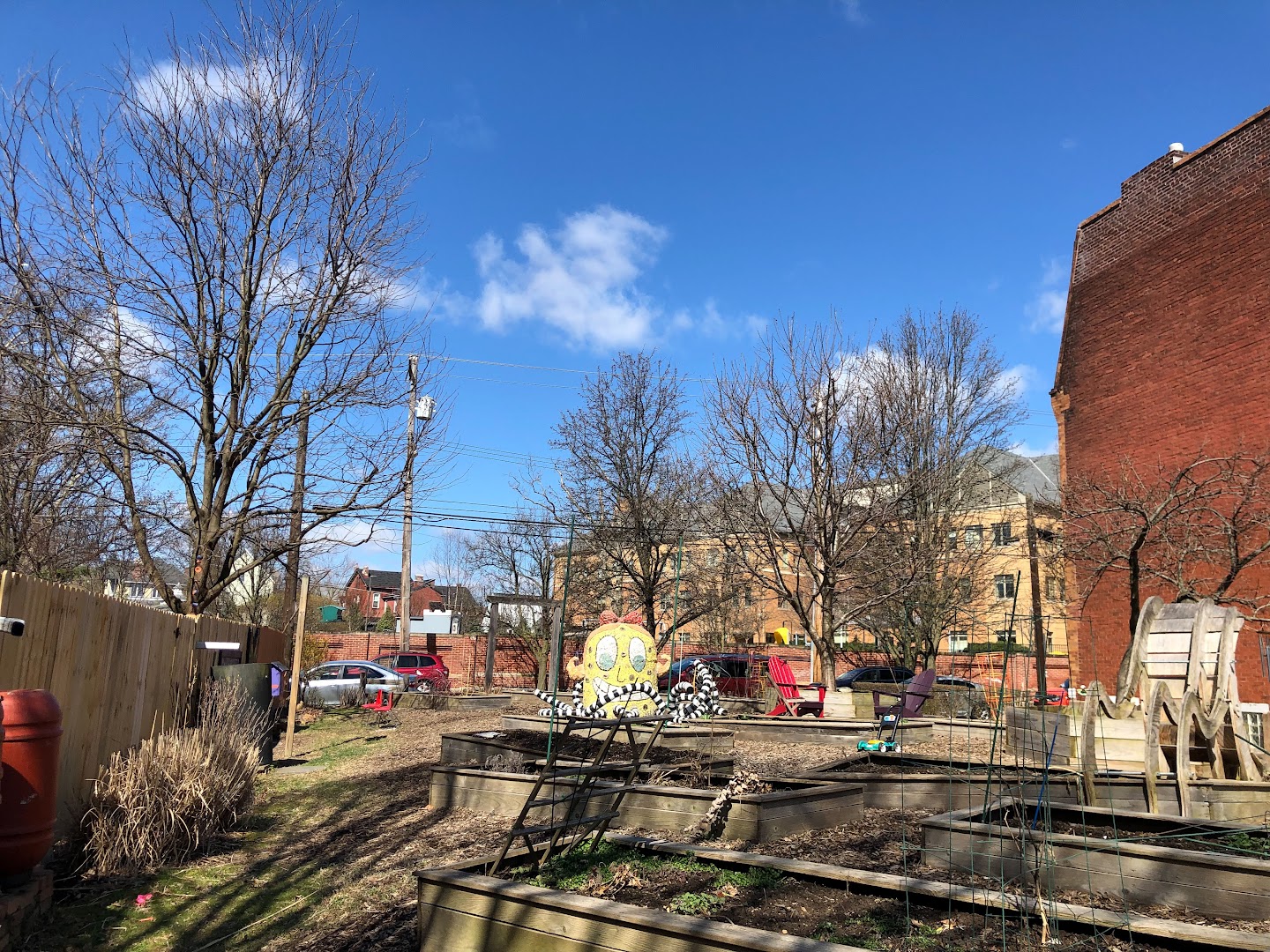 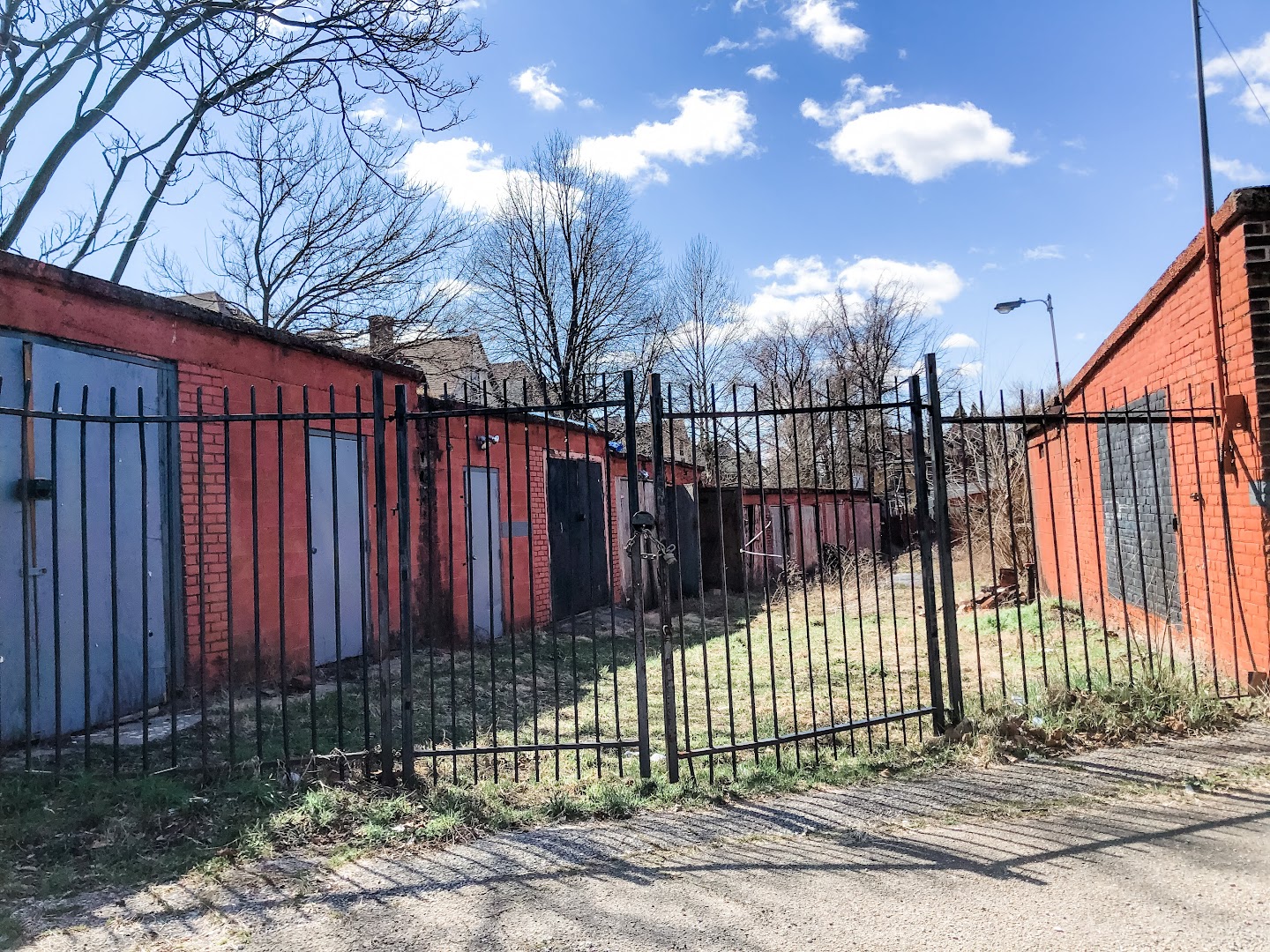 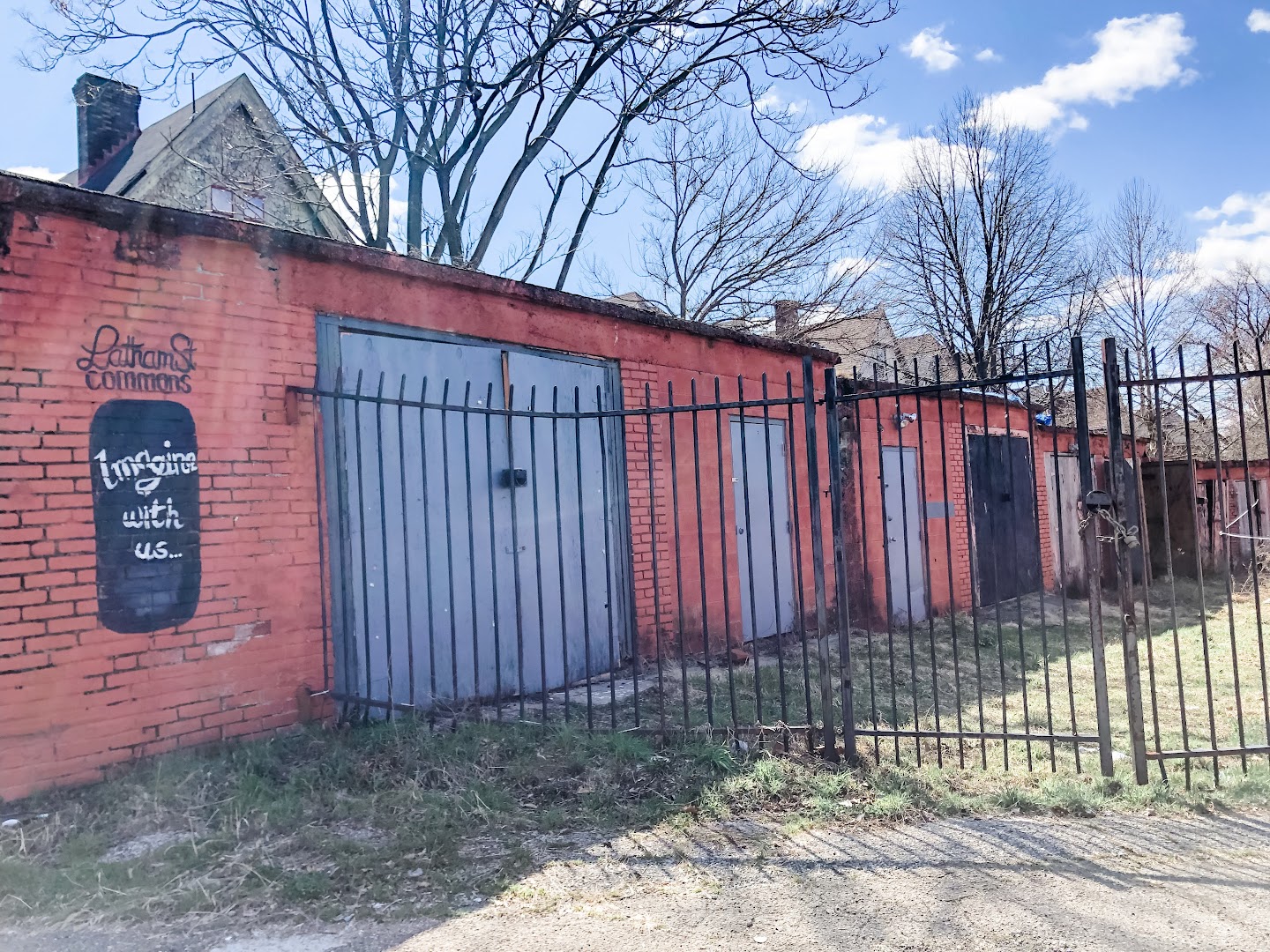 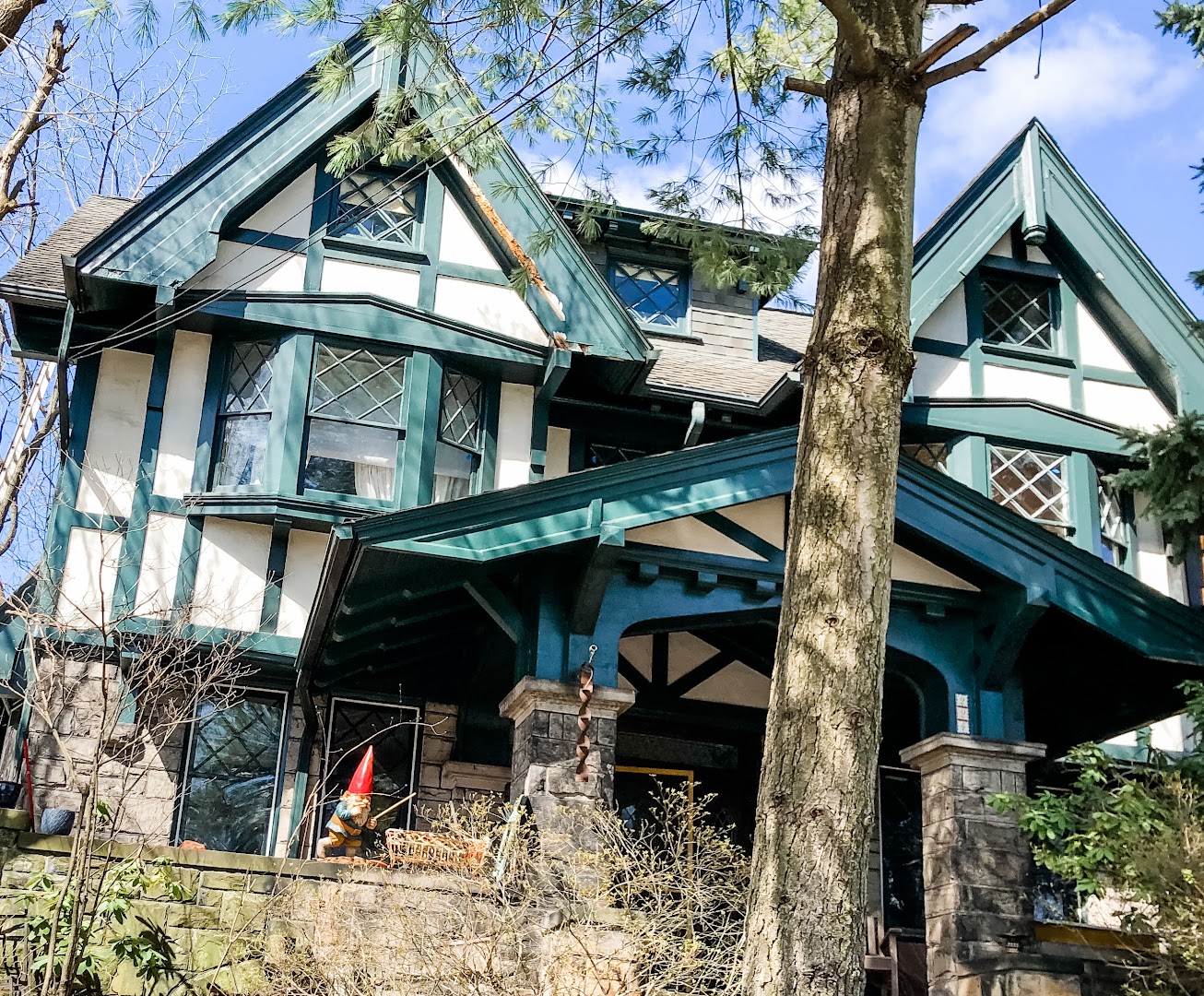 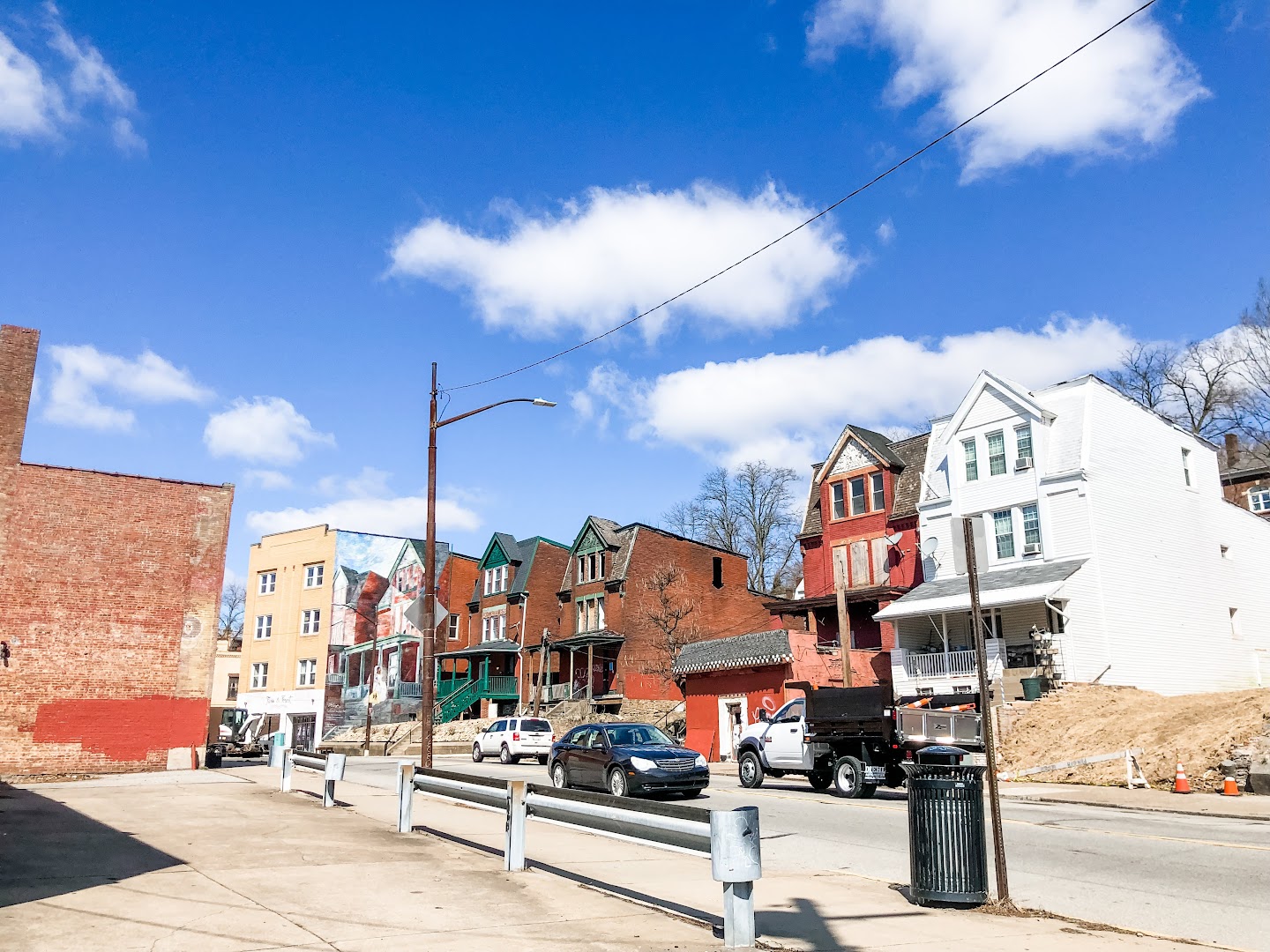 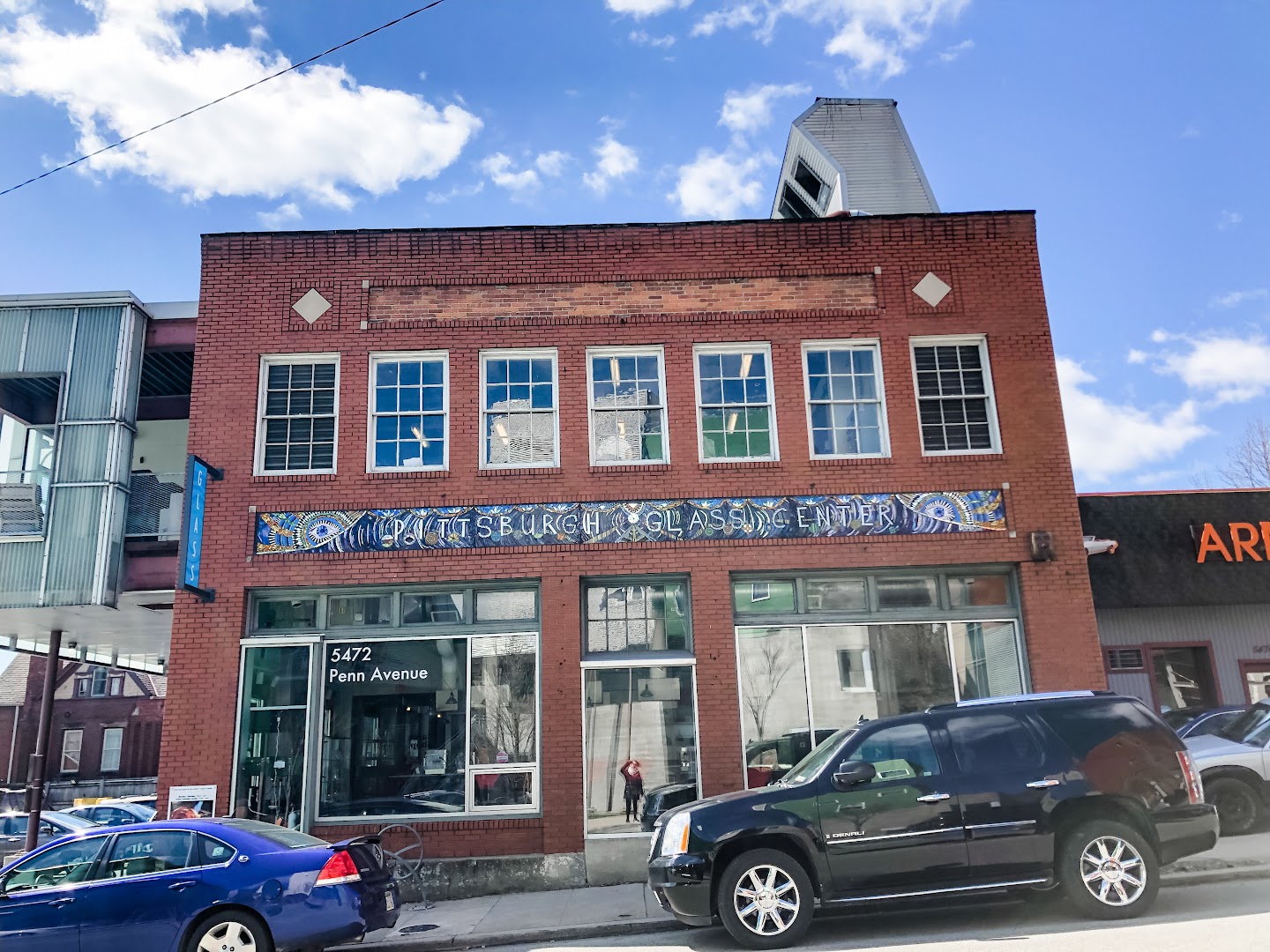 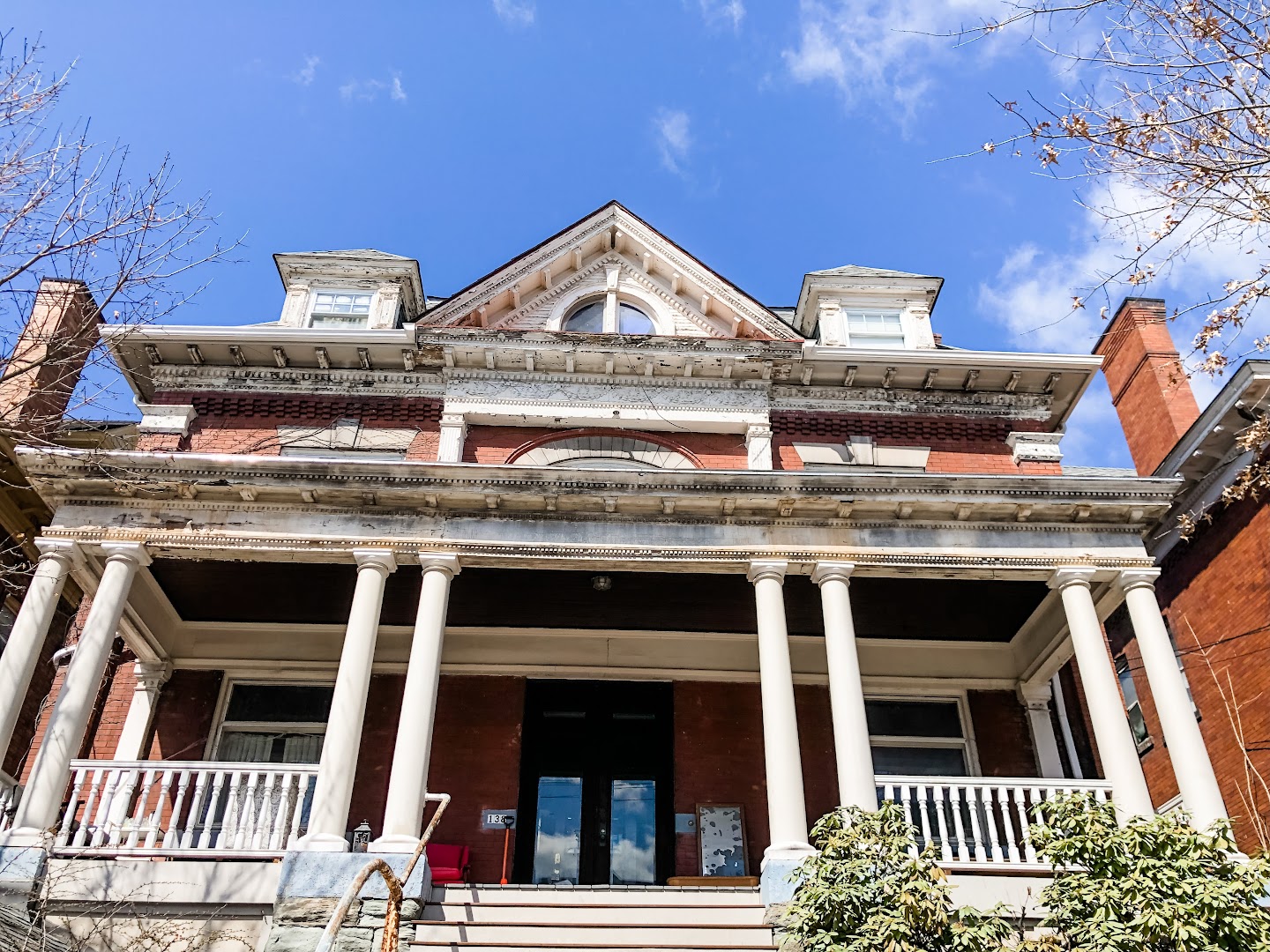 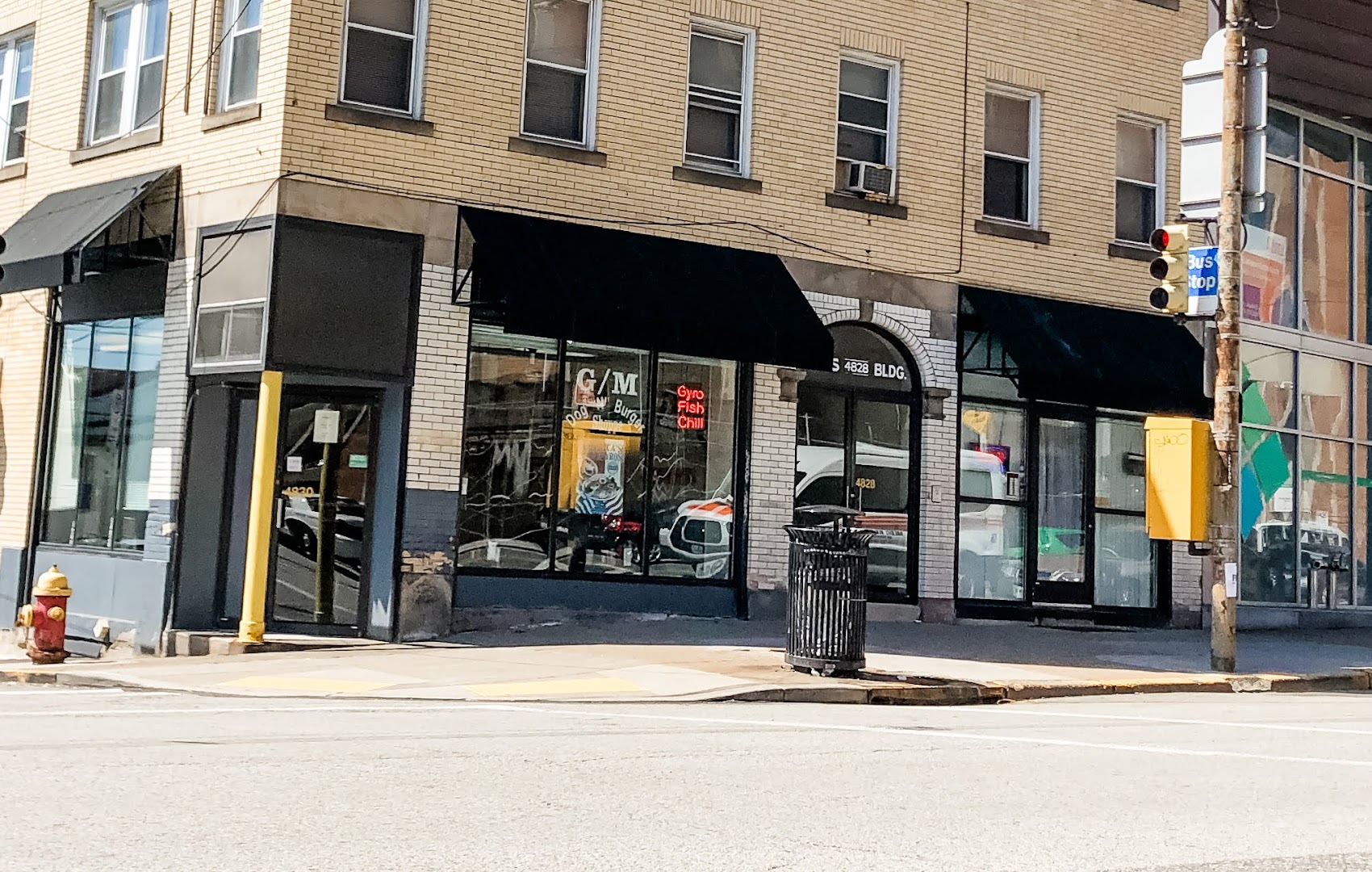 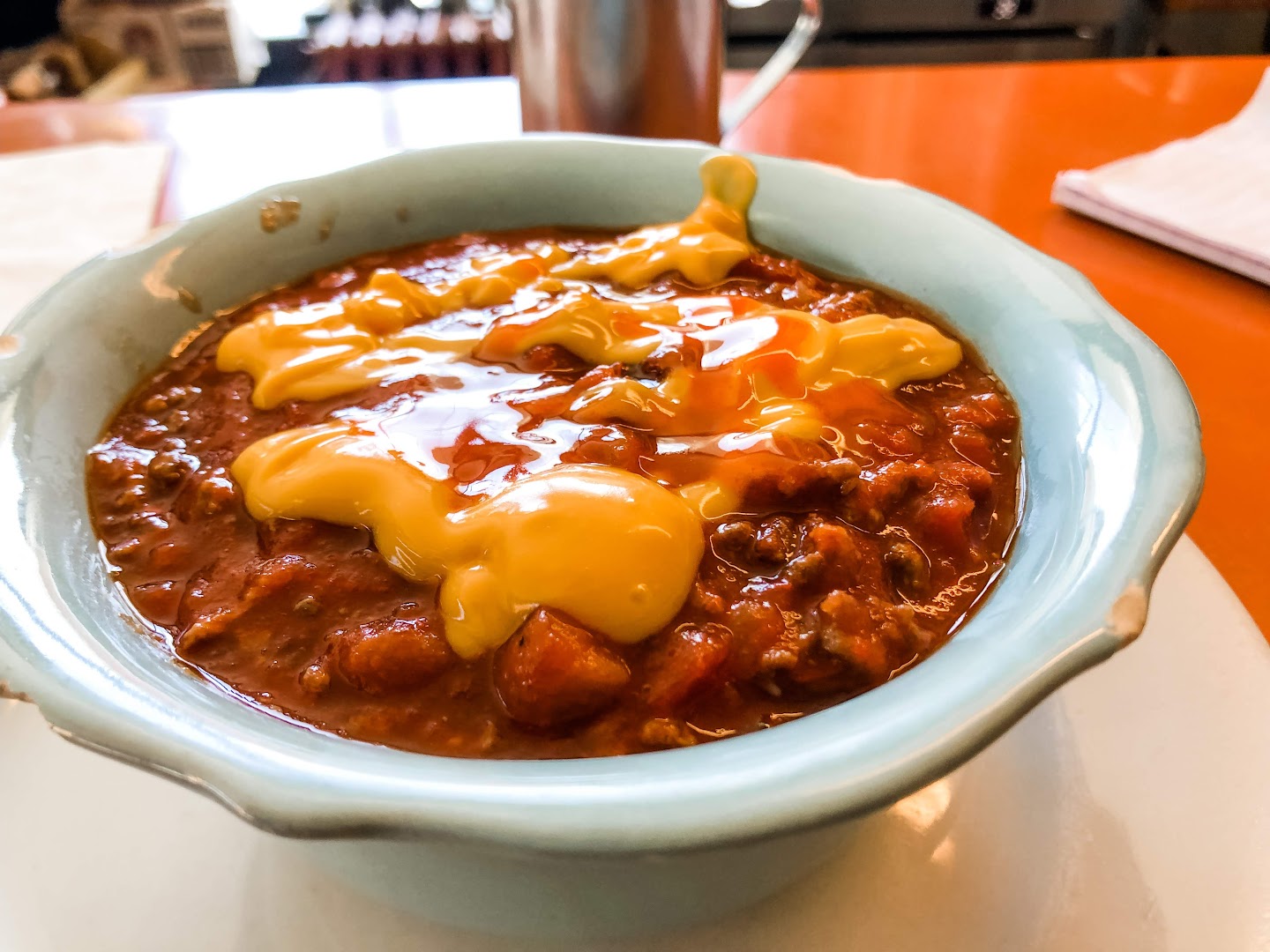 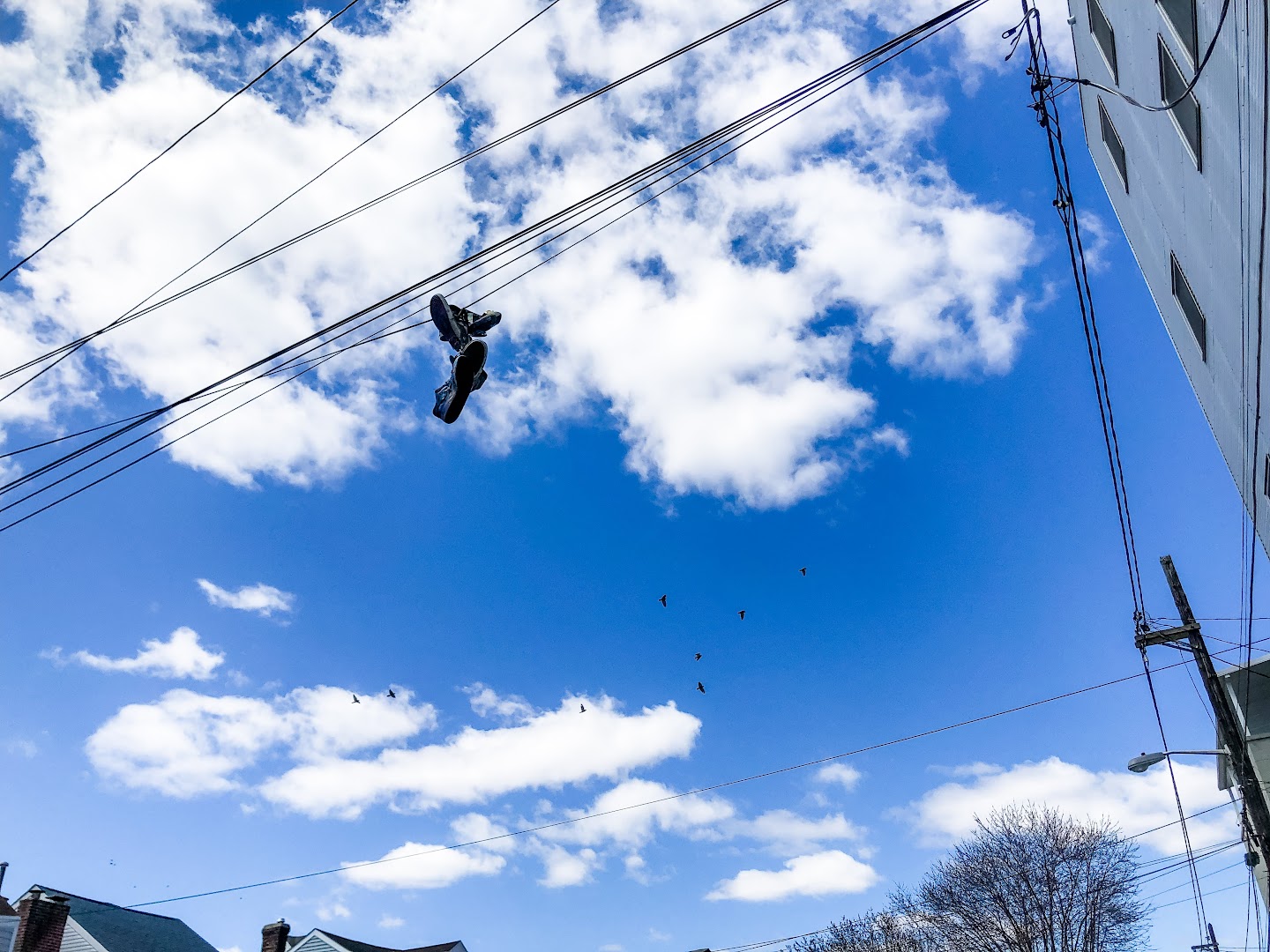 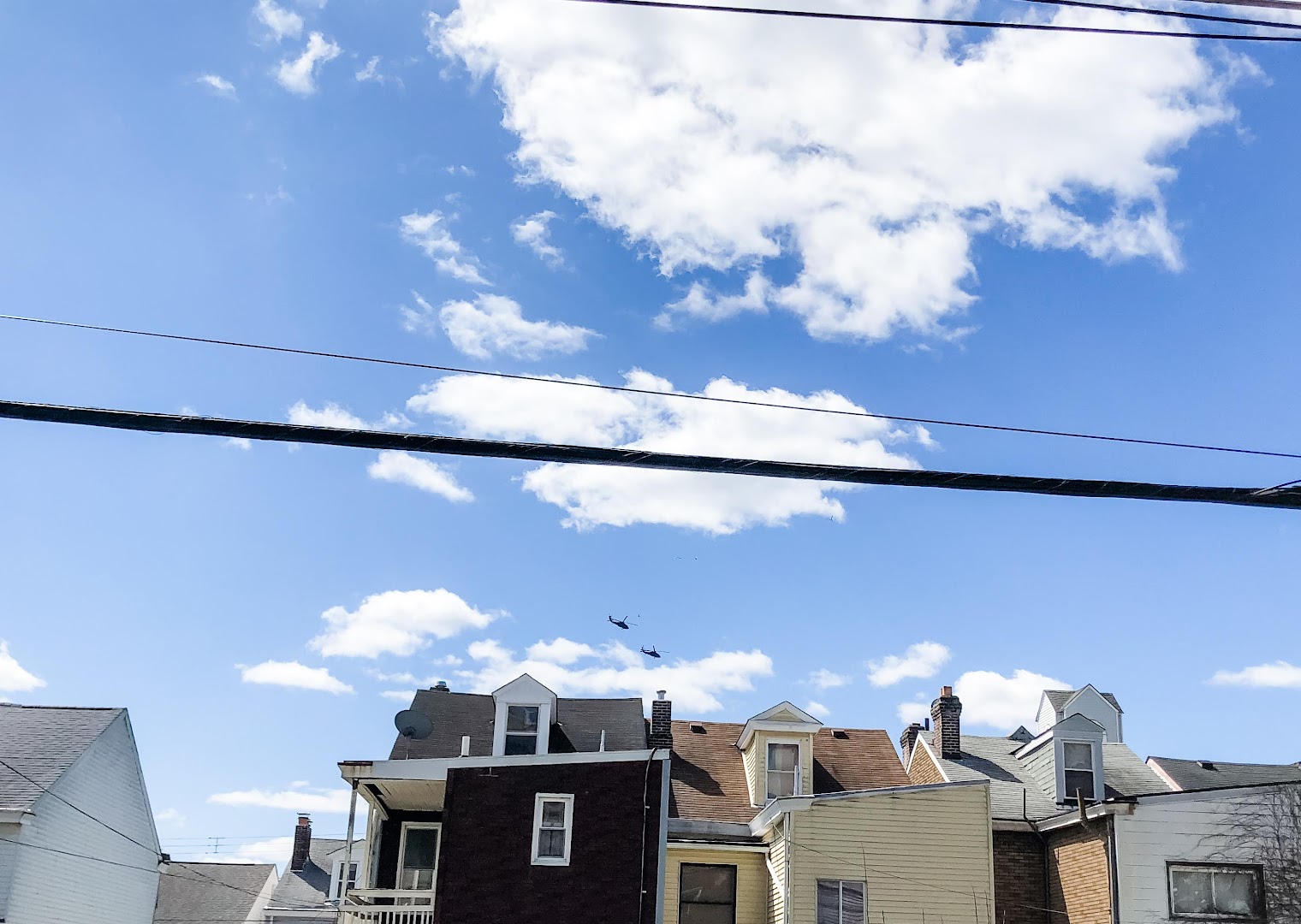 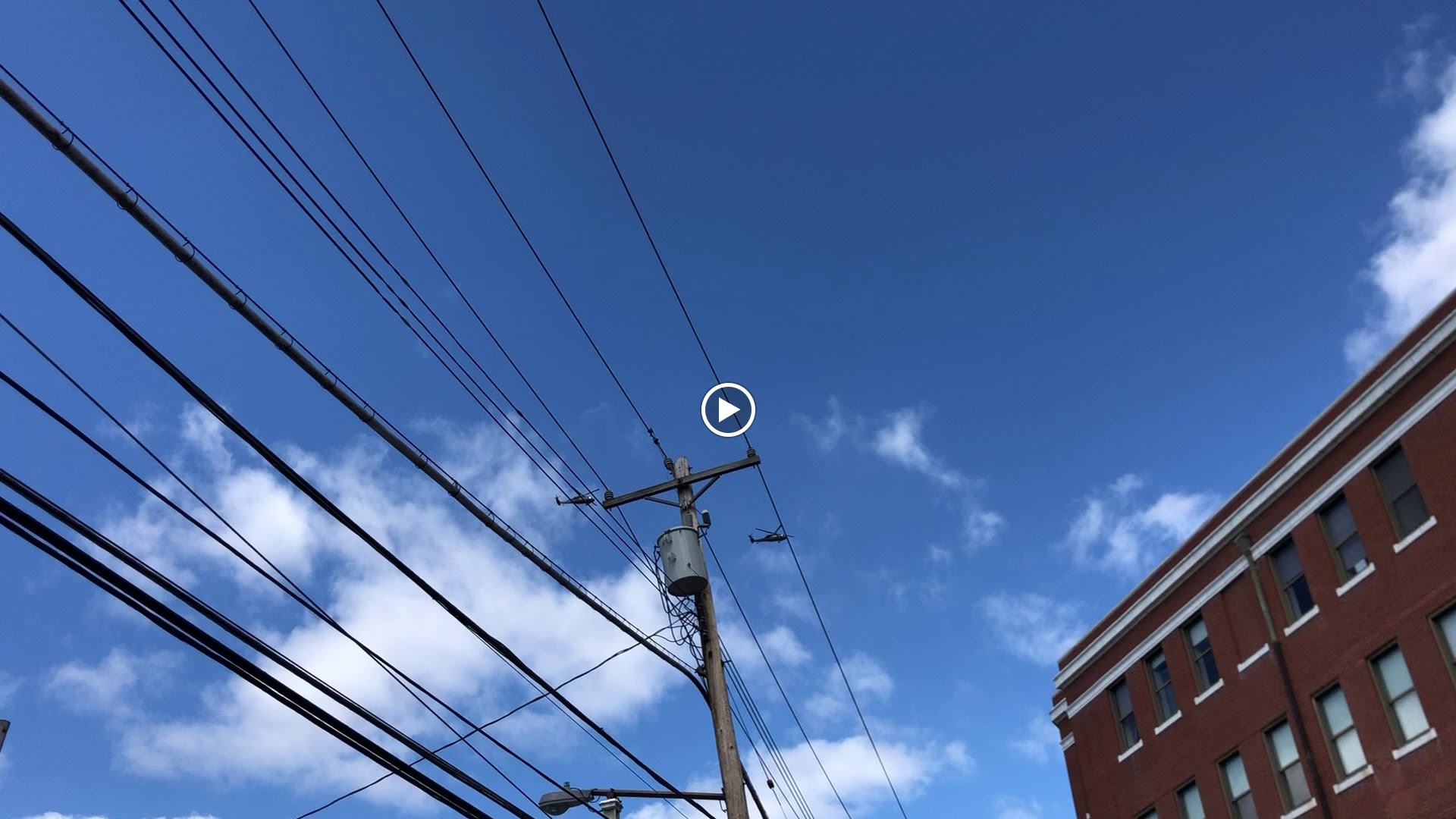 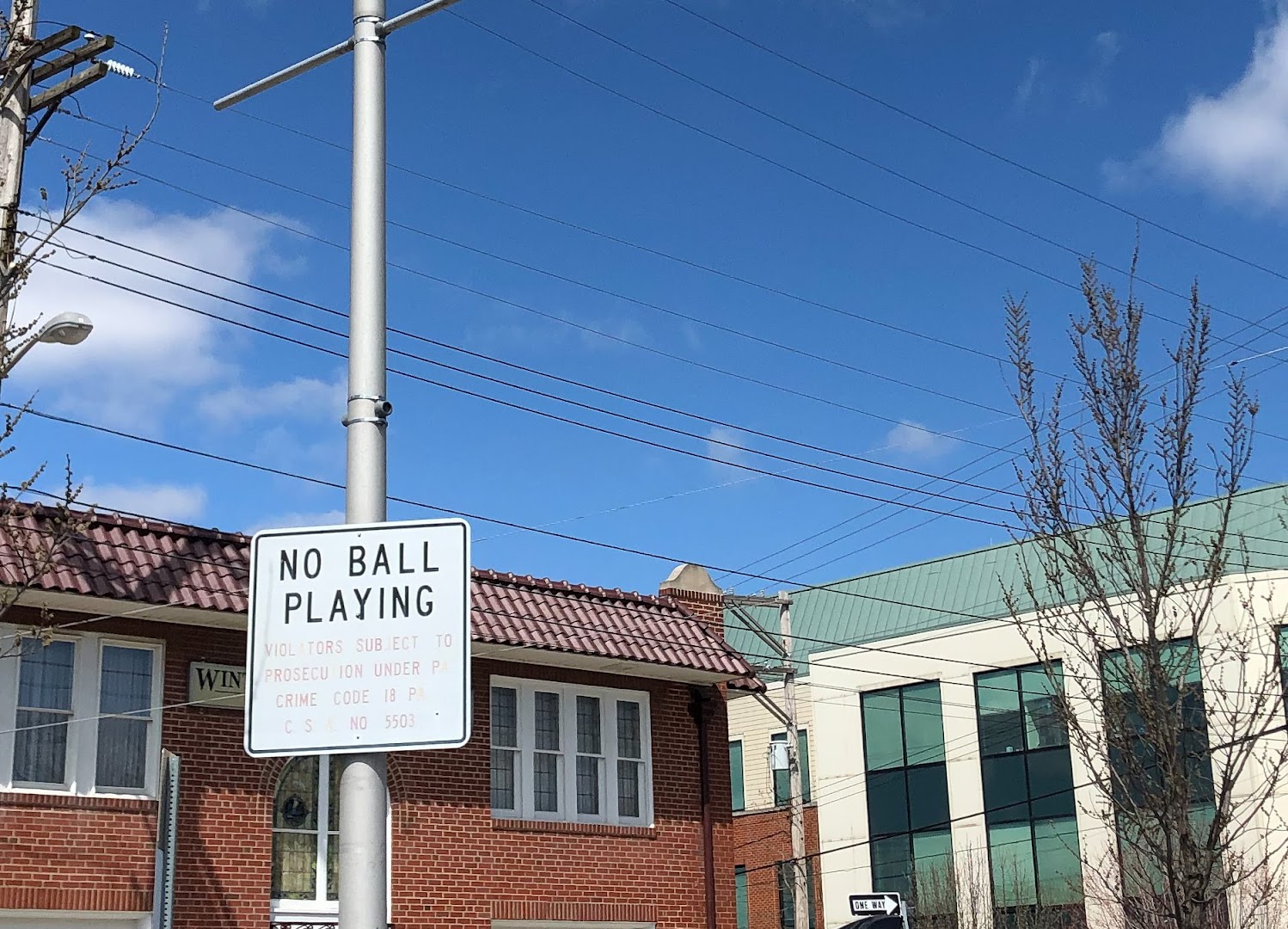